anCnoc malt whisky is distilled at the Knockdhu Highland distillery. Located in Knock village 10 miles East of the market town of Kieth.

The Knockdhu (nock-doo) is marketed under the local name anCnoc (a-nock) to avoid confusion with the Knockando (noch-an-do) Speyside distillery.

anCnoc malt whiskies are light and delicate in style. However they do produce batches of smokey phenolic whiskies.

The limited edition whiskies are rich and fruity.

Knockdhu Distillery, from which anCnoc comes, was founded in 1893 by the Distillers Company Limited (DCL).  Following the discovery of several springs of the purest, crystal clear water on the southern slopes of the Knock Hill.

Situated beneath the Knock Hill, known to local villagers by its Gaelic name of anCnoc. Transformed by the Scottish wind and heather, the Knock Hill appears black from a distance, hence the Gaelic name Cnoc Dhubh, from which Knockdhu originates,

Knockdhu Distillery is situated on the eastern perimeter of Speyside, which is renowned for its pure spring water and fresh crisp air.

When production started in October 1894 the Distillery was a showpiece, the two pot stills could turn out 2500 gallons of spirit per week.

In 1930 Scottish Malt Distillers (SMD) take over control as part of DCL.

The Irish brewing giant acquires DCL renaming them United Distillers in 1986. Who after further mergers become Diageo in 1997.

Inverhouse purchases the distillery from United Distillers in 1988, Going back into production on the 6th of February the following year.

The first bottling of Knockdhu is released in 1990 by the new owners from the previous owners stock that came with the distillery purchase.

In 1993 Inverhouse decide to release further whiskies under the anCnoc brand. This was to resolve the confusion with the Knockando.

Introducing a smokey peated range of 4 bottlings in 2014. Called, Cutter, Flaughter, Rutter and Tushkar. All named after distillery tools.

Further vintages follow plus duty free only releases. The anCnoc Blas cask strength is added in 2016. 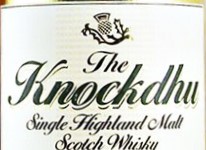 2 squat stills with boil balls in their necks and worm tubs.

Traditional worm tubs which were used in the original whisky making process are still used today to produce the finished whisky.

Matured in ex Bourbon casks with an additional 15% in Sherry Butts.

Today, the two original pot stills remain in the Distillery, providing anCnoc with its traditional distinctive flavour as tasted over 100 years ago.

anCnoc malt whiskies are light and delicate in style.

However they do produce batches of smokey phenolic whiskies.

The limited edition whiskies are rich and fruity. 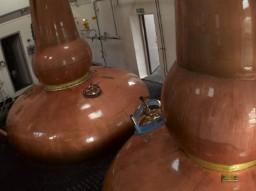 Take a tour of the Knockdhu distillery

The Knockdhu distillery visitors centre is well worth a visit and regularly run guided tours of the distillery twice aday. A number of the tours include tasting sessions where you can sample some of the drams they have to offer. 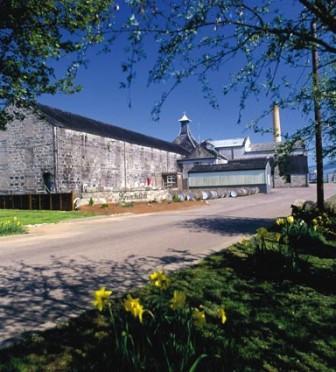 Our anCnoc Whisky Range - In stock and available to buy