Auchentoshan Whisky Distillery, rests at the foot of the Old Kilpatrick Hills, overlooking Glasgow and the famous River Clyde, once referred to as Scotland’s gateway to the world.

The Lowland region Auchentoshan (ock-en-tosh-en) Distillery, meaning `Corner of the field’ in Gaelic, produces a delicate, smooth and light Single Malt Whisky. The subtle aroma and flavour of its Spirit is achieved by the unique Triple Distillation method.

Whereby the spirit is not distilled twice, as elsewhere in Scotland, but instead, distilled three times producing even greater refinement to its character.

For some of its releases the Auchentoshan distillery uses wine casks or triple cask finishing for a rich and fruity single malt whisky.

Originally named the Duntocher Distillery it was established on the Dumbartonshire estate of Auchentoshan in 1817 by John Bulloch. Obtaining  a license in 1823.

In 1834 the then Bulloch & Co Ltd sold the Duntocher Distillery to John Hart and Alexander Filshie, they renamed the distillery Auchentoshan.

On the 13th & 14th of March 1941 the German Luftwaffe bombs the Clydebank area and docks. During the ‘Clydebank blitz’  Warehouse’s 1, 2 & 3 are destroyed along with almost 1 million litres of whisky.

After the war distillation resumes on February 3rd 1948.

McLachlans Ltd is acquired by the brewers J&R Tennent Ltd in 1960 then four years they are themselves acquired by Charingtons, who in 1967 merge to form Bass Charington.

Auchentoshan Distillery was acquired by Eadie Cairns Ltd in 1969. They sell the distillery to Stanley P Morrison in 1984 who now trade as Morrison Bowmore Distillers Ltd.

During 1994 the Morrison Bowmore Distillers Ltd is bought by Suntory of Japan.

The distillery has been extensively refurbished since its acquisition by Morrison Bowmore Distillers Ltd and still retains all its traditional production methods including its unique Triple Distillation process.

In 2004 the visitor centre is refurbished at a cost of over a million.

3 Pot Stills.  The middle still of the triple distillation process was replaced in 2015.

However some expressions are finished in wine or sherry casks for a rich fruity malt whisky.

Older discontinued or limited edition malt whiskies are sought after by collectors. 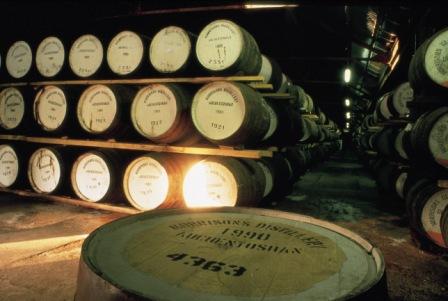 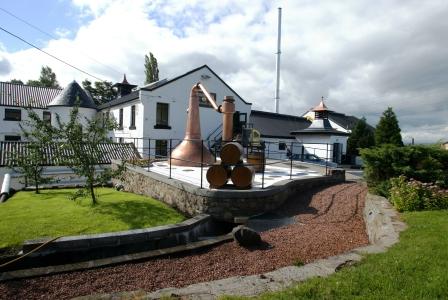 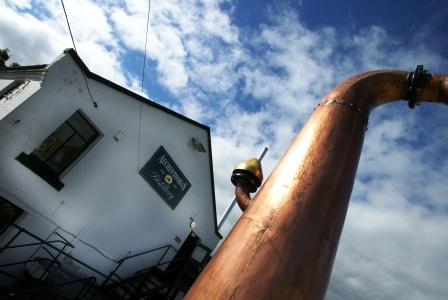 Take a tour of the Auchentoshan whisky distillery

The Auchentoshan whisky distillery visitors centre is well worth a visit and regularly run guided tours of the distillery throughout the course of the day. A number of the tours include tasting sessions where you can sample some of the drams they have to offer.

Click here for more information on the Auchentoshan visitors centre 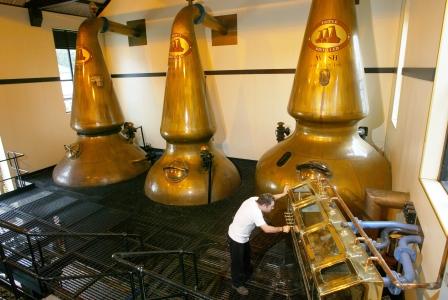 Our Auchentoshan Whisky Range - In stock and available to buy