The Ben Wyvis Distillery built in the grounds of Wyhte & Makay’s massive Invergordon grain distillery. Located in the Northern Highlands of Scotland.

The Ben Wyvis Distillery was equipped with;

1 pair of stills. Now being used in the Cambeltown Glengyle whisky distillery.

The distillery ceased in 1976 and dismantled the following year.

There where very few bottlings of Ben Wyvis malt whisky: 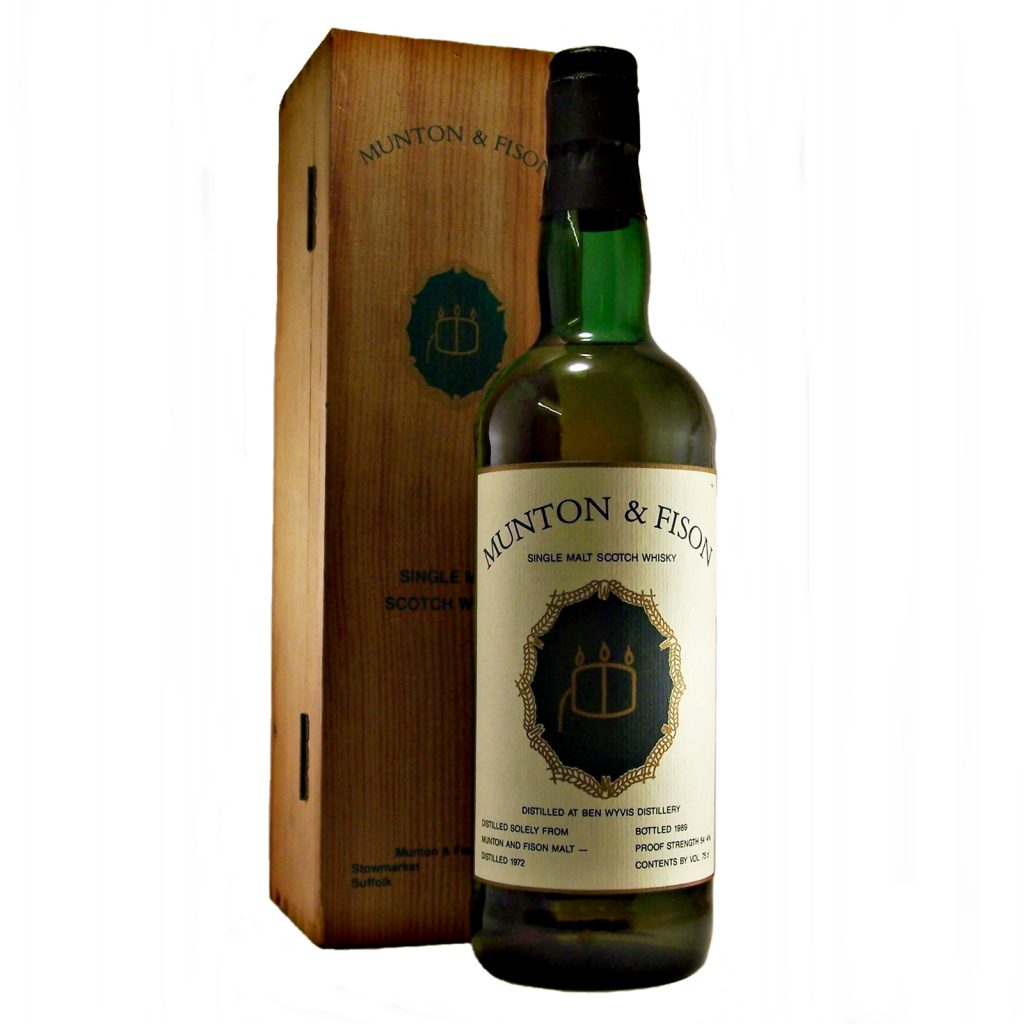 Established in1961 by Invergordon Distillers Ltd. The Distillery occupies an eighty-acre site on the northern shore of the Cromarty Firth in the northeast Highlands.

The local area has some of the best arable land in Scotland for grain production.

The Cromarty Firth is one of the best deep-water harbours in Europe and was an important commercial port and naval base.

The distillery was commissioned in 1959 to create employment in the area, following the departure of the Royal Navy.

During 1963 a second pair of Coffey stills were installed this was followed in 1978 with the installation of another larger Coffey still which had additional columns for production of neutral spirit.

At some point in 1988 there was a management buyout at Invergordon.

The distillery was taken over by Whyte & Mackay group in 1993.

After a management buyout JBB is bought from Fortune Brands changing the name briefly to Kyndal Spirits  in 2001.  Returning to Whyte & Mackay the following year.