Benrinnes whisky distillery takes its name from the Ben Rinnes Mountain. Located at 213m/700ft on its northern slopes.

Alfred Barnard (1885) stated the height of the distillery at 1030ft although Benrinnes’ own label gives a lower height of 700ft.

Ben Rinnes (840m/2759ft) is the dominant mass among the mountains overlooking the heart of Speyside. From the summit on a clear day you can see much of the lower Spey Valley, the mass of the Cairngorm Mountains and to the north, the sweep of the Moray Firth, with distant Easter Ross and Sutherland hills beyond.

The Benrinnes (ben-rin-ess) Distillery is one of six distilleries immediately below the summit of the mountain that make use of that precious clear water from the Scurran and Rowantree burn The waters are from the snow-melt which runs down that hard-stone face of Ben Rinnes.

The distillery house style is a rich fruity malt whisky going into classic blends such as J&B, Johnnie Walker and Crawfords.

Released as a 15 year old under the Flora & Fauna label by the owners Diageo. The single malt whisky produced is popular with the independents such as Hepburns Choice.

How the Benrinnis story began

The first distillery in the area “Lyne of Ruthrie Distillery” established in 1826 only to be swept away by the great Speyside floods of 1829.

In 1835 a new distillery by William Smith & Co was built.

Early history of the distillery indicates that it was very much run as part of a farm, with various outhouses being converted.

The Edward family acquired Benrinnes distillery in 1864, from William Smith & Co. who had become bankrupt.

On the death of David Edward, young Alexander Edward inherited the distillery, along with the family estate near Forres.

This started him in a high-profile career as a whisky promoter and entrepreneur around the turn of the century. His others distilleries at the time included Aultmore and Oban.

A fire brought about rebuilding (including the installation of electric light) in 1896.

However, Benrinnes remained a combined farm/distillery. After the down turn in the market triggered by the Pattison Crash of 1900 combined with prohibition in America and the 1920s depression also took their toll.

Finally the distillery was sold to John Dewar & Sons Ltd of Perth in 1923.

Became part of Distillers Company Ltd in 1925. Ownership then passed to Scottish Malt Distillers in 1930.

The distillery has enjoyed almost continual production with only short breaks for the war years.

The Saladin Box malting system replacing the floor maltings in 1964.

The distillery used a type of triple-distillation – rare but not unique in Scotland –to produce spirit of around 76% vol, several degrees more than is customarily achieved with double distillation.

During 1984 the Saladin box is taken out, the malt is centrally sourced .

As a malt whisky it is highly prized by blenders and is a long time contributor to Crawford blended Scotch whiskies (A.A. Crawford licensee).

Until recently part of the spirit was tripled distilled. – Wash still then spirit still, then onto spirit still.

Traditional worm tubs. Benrinnes offers the opportunity to see worm-tubs, the traditional pipe-spirals immersed in cold water, to condense the vapours produced by the stills. 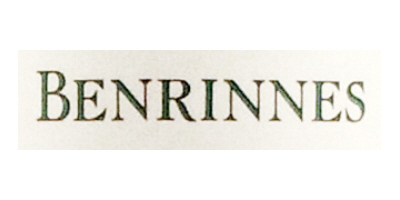 No visitor facilities at the Benrinnes Whisky Distillery

Our Benrinnes Whisky Range - In stock and available to buy