Bowmore whisky distillery is on the Isle of Islay off the west coast of Scotland. Located on the east shore of Loch Indaal facing Bruichladdich across the bay.

The Bowmore (bow-moor) distillery is kept in immaculate condition by its owners Morrison Bowmore (Suntory) have been distilling complex smokey phenolic single malt whiskies for over 200 years.

The distillery also matures or finishes its whisky in wine or sherry casks for a rich spicy peaty malt whisky.

Founded in 1779 by John Simpson and so has claim to being the oldest “legal” distillery on the island and the twelfth oldest distillery in Scotland.

In 1852 Bowmore (bow-MORE) was acquired by W & J Mutters of Glasgow. whom expanded the distillery premises increasing the warehousing and kilns

When the journalist and author Alfred Barnard visited Bowmore during the 1880’s it was the second most productive distillery in Islay after Ardbeg. There were 12 legal distilleries that existed on the island at that time.

Bowmore was sold in 1890 to a group of London businessmen who formed the company Bowmore Distillery Limited.

During 1925 the distillery became Sherrif’s Bowmore Distillery. Passing to the Distillers Company Limited (DCL) in 1929.

The distillery was taken over by William Grigor & Sons Ltd in 1950.

They made several upgrades to the site and also restored the mash tun, which still is in use today.

In the middle of the 1960’s Jim McEvan joined the Bowmore staff, becoming the Distillery Manager in 1984.

He is credited as the main contributor to the distillery’s successes during 1980’s and 1990’s.

They go on to purchase the lowland Auchentoshan Distillery in 1984.

During 1989 Japanese Suntory buys a 35% stake in Morrison Bowmore.

In 1994 full control of Morrison Bowmore Distillers Ltd passed to  Suntory of Japan.

Bowmore is the largest town on Islay with approximately 1000 inhabitants. One of the distillery’s warehouses has been converted into a swimming pool and is heated by secondary heat from the distillery; this has resulted in the distillery being awarded several environmental prizes.

3 Malting Floors and kilns still in use.

Other casks are used for finishing.

The Bowmore distillery still operates its own floor maltings where the peat is crumbled before its fired to give more smoke than heat. The malt is also “peated” for a shorter period than the more heavy Islay whiskies.

Bowmore is a complex dram with slight smoke and is sweetly aromatic.

This positions the Bowmore whisky, taste wise, nicely between the gentler Bunnahabhain In the north and the South shore distilleries of Ardbeg, Lagavulin and Laphroaig.

Previous  limited editions and discontinued whisky of Bowmore single malt whisky expressions are very collectible and much sought after. 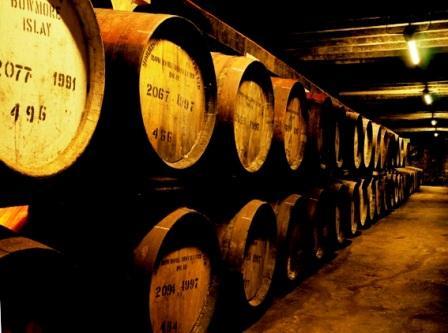 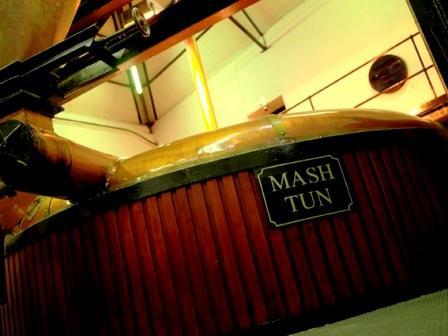 Take a tour of the Bowmore Whisky Distillery

The Bowmore distillery visitors centre is well worth a visit and regularly run guided tours of the distillery throughout the course of the day. A number of the tours include tasting sessions where you can sample some of the drams they have to offer.

Click here for more information on the Bowmore visitors centre 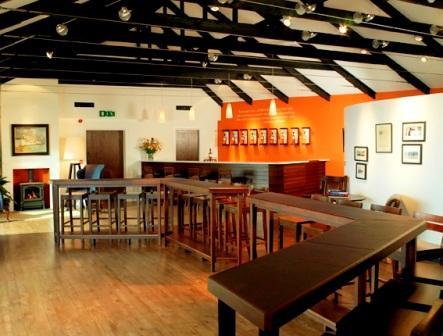 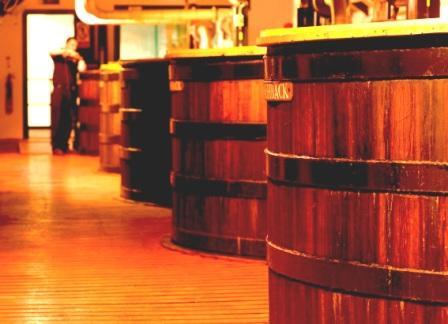 Our Bowmore Whisky Range - In stock and available to buy