The Bunnahabhain Whisky Distillery is on the Isle of Islay, on the northern shore facing the Isle of Jura across the sound of Islay,

Generally Bunnahabhain (buh-nah-hav-enn) malt whisky is not as heavily peated as some of the other Islay distilleries. Instead the whisky has gentle tones of peat smoke and its coastal maritime flavours come through.

Bunnahabhain distillery is the most northerly distillery on the island, facing The Isle of Jura across the Sound of Islay.

Established by William Robertson and the Greenlees brothers, William and James, local farmers in 1881.

The distillery went into production in  January 1883 under the trading name of The Islay Distillery Company.

During 1887 The Islay Distillery Company amalgamated with Glenrothes – Glenlivit to form the Highland Distilleries Co.

The Distillery was expanded in 1963 with a second pair of stills added.

The Edrington Group takes over Highland Distillers & Co in 1999 and particially mothballs the distillery. Allowing a few weeks of distlling a year.

During 2003 Edrington sells the Bunnahabhain Distillery along with the Black Bottle blend to Burn Stewart Distilleries for £10 million. To add to their Deanston and Ledaig/Tobermory distilleries

Regarded as the lightest of the Islay whiskies. This may be due to the fact that the water used is drawn from a underground spring before it has run through the peat, also the narrowness of the cut taken from the second distillation.

A Key ingredient of Black Bottle blend, the malt its self is known for being virtually un-peated, which is unexpected of an Islay, but retains that salty tang of the sea making an ideal introduction to the Islay region.

Founded in 1883 by the Greenlees Brothers.

Almost horizontal Lyne arms, 2 with Condensers in the stillhouse 2 outside.

Two spirit safes, one for each pair. (One Ambercombie, One Lancefield Foundry)

In 2014 the old floor maltings was converted to a further warehouse.

They do release limited edtions for Feis Isle and other sherry cask finished bottlings.

Independant bottlers such as Gordon & MacPhail and Hepburns choice have bottlings amongst their ranges. 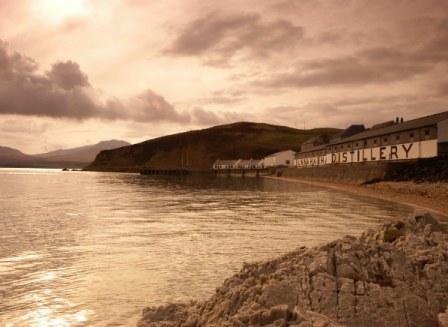 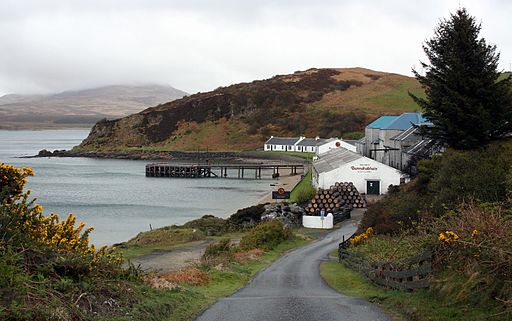 Take a tour of the Bunnahabhain Whisky Distillery.

The Bunnahabhain Whisky Distillery  visitors centre is well worth a visit and regularly run guided tours of the distillery throughout the course of the day.

Click here for more information on the Bunnahabhain visitors centre

Our Bunnahabhain Whisky Range - In stock and available to buy