The Cragganmore whisky distillery is located in the very heart of the Speyside whisky region. Situated 10 miles southwest on the A95 from Aberlour, in Ballindalloch, close to where the rivers Spey, Avon and Livet meet.

How the Cragganmore story began

John Smith the youngest son of George Smith founder of the Glenlivet distillery, established the Cragganmore distillery in 1869-1870.

A keen supporter of the railways and their benefits; he ordered the construction of a railway track to connect to the main line at Ballindalloch railway station at the same time he built the distillery.

Just a few years later Cragganmore became the first distillery in Scotland to transport their whisky by railway.

In 1887, a year after John Smith died, the first ‘Whisky Special’ train left Ballindalloch station with a load of 16,000 gallons.

On his death John Smith’s trustees continued the operation between 1886 & 1893.

Untill John’s son Gordon, on coming of age, took over as manager of the distillery. Gordon Smith refurbishes the distillery with assistance from the famous distillery architect Charles Doig during 1902.

Gordon Smith over saw reconstruction; this  took place when the industry was in recession following the Patison Crash.  The fact that he could even contemplate such expenditure underlines the extent to which Cragganmore was regarded as first-class malt.

Gordon Smith dies in 1912. Leaving control of the distillery to his wife Mary.

The distillery remained closed for 1917. However reopens in 1918 with new electric lighting installed.

Sold in 1923 to the Glenlivet Distillery Co. Ltd in 1923.- Formed from a partnership of the Ballindalloch Estate and White Horse Distillers Ltd.

In 1927 The White Horse shares were transferred to Distillers Company Limited. The remaining shares from the Ballindalloch Estate were eventually acquired by DCL by 1968.

This last change in ownership took place not long after the number of stills was extended from two to four.

In 1988 Cragganmore single malt whisky becomes one of the Classic Malt Series released by Diageo.

Ten years later the Distillers Double Matured Port is added to the range.

Founded in 1869 By John Smith, son of George Smith (Glenlivit).

The Cragganmore Distillery core range is a 12 year old and a Port Pipe finish Distillers Edition.

There have been other aged releases 17 year, 21 year and 25 year olds. Plus a no age statement distillery exclusive for visitors. 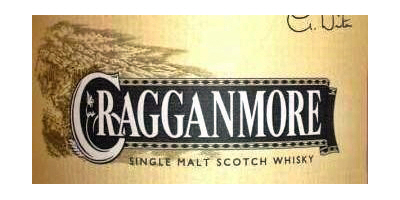 
Take a tour of the Cragganmore distillery

The Cragganmore distillery visitors centre is well worth a visit and regularly run guided tours of the distillery throughout the course of the day.

Click here for more information on the Cragganmore visitors centre and tours.

Our Cragganmore Whisky Range - In stock and available to buy