Fettercairn whisky distillery is situated in the fertile Howe of Mearns on the south east slopes of the Grampian Mountains. This distillery produces a Highland region malt whisky.

Located on the western side of the village of Fettercairn (fett-er-cairn) approximately five miles from the A90, Dundee to Aberdeen road.

The Fettercairn whisky distillery house style is for a soft creamy malt whisky.

How the Fettercairn story began

In an area popular with illicit distillers and smugglers as the locality provided them with the barley and the water for distilling and the mountains gave excellent hiding places to evade the Excise Officers.

The local landowners turned a blind eye to the illegal distilling as the practice provided an outlet for the barley grown on their estates and so in turn paid their rent.

When the 1823 Excise Act was passed, Fettercairn became the second distillery to be licensed by Sir Alexander Ramsey the owner of the Fasque estate. He converted a corn mill on his land into the distillery going into production by 1825.

During 1830 Sir Ramsey was in financial trouble and forced to sell the estate for a reported £80,000 (=£7.94million at todays values) to a John Gladstone.

When he died in 1851, his eldest son, Thomas Gladstone (Brother to 3 times Prime Minister William Gladstone) succeeded to the Fasque Estate.

Prime Minister William Gladstone was influential in passing legislation to alleviate taxes on the ‘angel’s share’.

In 1887 the sitting tenant, David Durie, surrendered the lease shortly afterwards part of the distillery was destroyed by fire.

For two years the distillery lay silent until Sir John Robert Gladstone became laird. He was prepared to assist a new tenant by investing a considerable sum on rebuilding. However, it was decided that the formation of a company to take over the running of the distillery would be best.

In 1890, Fettercairn Distillery Co. was formed by a combination of local farmers and London merchants. The rebuilding was completed and Fettercairn was back in production. The distillery prospered as the whisky produced was ideal for blending.

However licence and duty increases in the 1909 budget hit the distilleries hard and in 1912 the company was placed into liquidation. John Gladstone bought the distillery and by the end of the year a new company was formed.

At the start of the 1920s prohibition and temperance was severely affecting whisky sales both home and abroad and by 1923 the Fettercairn Distillery Company was in liquidation.

So the decision was taken to dismantle the distillery. On hearing this James Mann was approached by Joseph Hobbs, working for Train & McIntyre.

He had purchased Glenury Royal distillery at Stonehaven and was looking to buy several more. Initially deterred by the high asking price, he did finally purchased the distillery for £5,000 in January 1938. (£303,000 at today’s prices)

Train & McIntyre was incorporated into Distillers Company Limited in 1953.

During 1960 the distillerys own floor maltings is stopped. Six years later the numbers of stills were increased from 2 to 4.

The core range was originally a 10 year old. This was replaced with the Fettercairn 1824.

This is now become the Fettercairn Fior and Fasque  both No Age Statement bottlings.

There are limited edition 24 year, 30 year and 40 year old expressions. 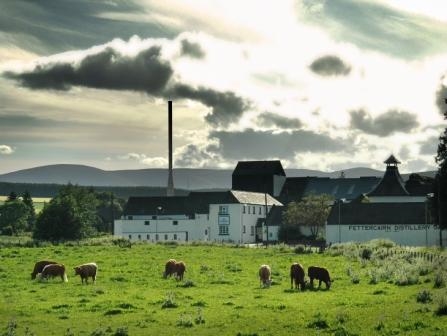 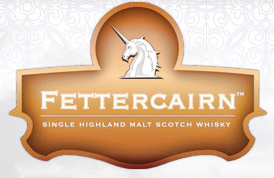 
Take a tour of the Fettercairn Whisky Distillery

Fettercairn Whisky Distillery offers tour during the summer. There is little information from the distillery website. However was operating during 2016 season. 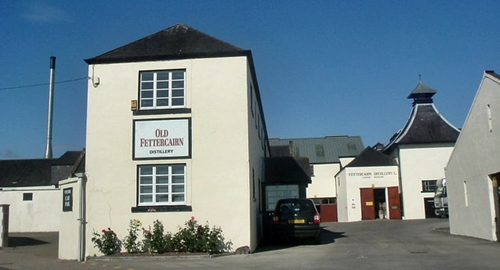 The spirit stills have water flowing down  the outside of their necks to cool the vapours and increase the reflux. producing a lighter spirit.

Our Fettercairn Whisky Range - In stock and available to buy