Glen Grant Whisky Distillery is situated in the Scottish Highlands in the  Speyside town of Rothes.

The whisky produced ages very well in the casks so old and rare vintages are available.

Brothers James and John Grant, attracted to the location by the plentiful supply of spring water from the Caperdonich Well on the hillside above, founded the distillery in 1840.

They had been smugglers and also worked the Dandaleith distillery near Craigellachie during the 1830s.

The Glen Grant distillery becomes the first to install electric lighting in 1861.

Major James, builds a second distillery across the road in 1898 called Glen Grant No 2 and a famous ‘whisky pipe’ ran across the road carrying spirit to be merged with the flow on the other side.

The locals where known to tap into this spirit flow.

The original Glen Grant distillery used floor maltings. However, following the inspiration of the neighbouring Speyburn distillery on a similar cramped site, Glen Grant converted to drum maltings in 1898.

Glen Grant No 2 closed in 1902 and when revived (1965) as a separate distillery and named Caperdonich. Now Closed.

During 1931 Major Grant dies and is succeeded by his grandson Major Douglas Mackessack.

Armando Giovinetti  visits the distillery and is so impressed he persuades Douglas Mackessack to employ him as the agent for Italy.

The number of stills are increased from four to six in the following year. However, The drum maltings cease.

During the 1980s reconstruction, the worm-tubs were replaced with condensers. The four old stills where removed, these had the last rummagers driven by a waterwheel.

All of the stills have purifiers fitted, which adds to the finesse of the spirit produced.

The coal firing method of heating the stills replaced with steam heating (1996).

Campari buys the Glen Grant Distillery for 115million Euro in 2006.

The Glen Grant distillery is tucked away at the end of the main street of Rothes, some of the original buildings remain.

The distillery is set round a small courtyard with turreted and gabled offices in the “Scottish Baronial” style, probably dating from the 1880s. It is a quirky place, traditional in style despite expansions in the 1970s

Glen Grant has long been sold as a bottled single malt, since the first decade of the last century. However Glen Grant has played a formative role in introducing malt whisky to consumers outside Scotland, notably in Italy, which is regarded as the No 1 world market for malts.

The Italians see the Glen Grant brand as the epitome of malt whisky, where the tradition of drinking it young – say, five years old – is firmly established.

The industrial plant next door to the distillery is unsightly.

However it should not be regarded too harshly since it represents the combined efforts of the distilling companies to minimise the effects on the area of the effluent they produce. The works transforms the effluent into nourishing cattle feed.

Founded in 1840 by the brothers James and John Grant.

4 pairs of stills. All eight are fitted with purifiers are fitted before the condensers increasing the spirit reflux for a lighter spirit.

The 4 wash stills have vertical sides to the base of the necks.

4 spirit stills with boil balls in the necks.

Matured in a combination of American oak and European sherry casks.

The Glen Grant has always been available as a No Age Statement (NAS) malt whisky. A soft fruity creamy whisky in style.

However has had a long term partnership with independent bottlers Gordon & MacPhail with their Distillery Labels collection. 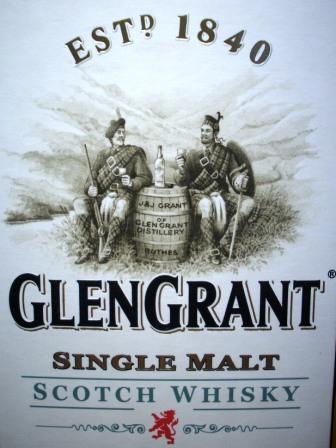 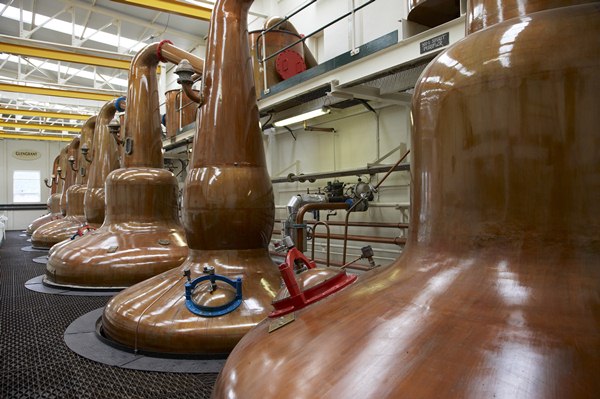 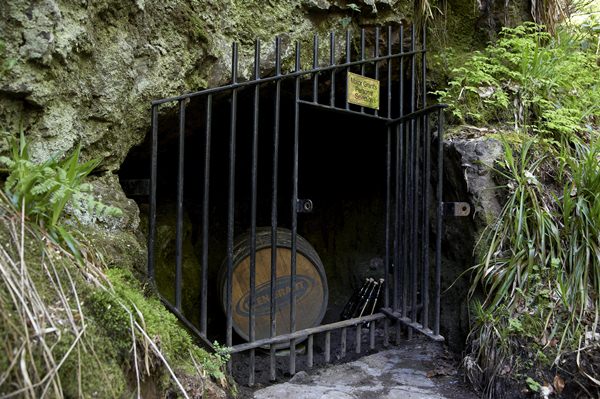 Take a tour of the Glen Grant Whisky Distillery

The Glen Grant Whisky Distillery visitors centre is well worth a visit and regularly run guided tours of the distillery throughout the course of the day. A number of the tours include tasting sessions where you can sample some of the drams they have to offer. 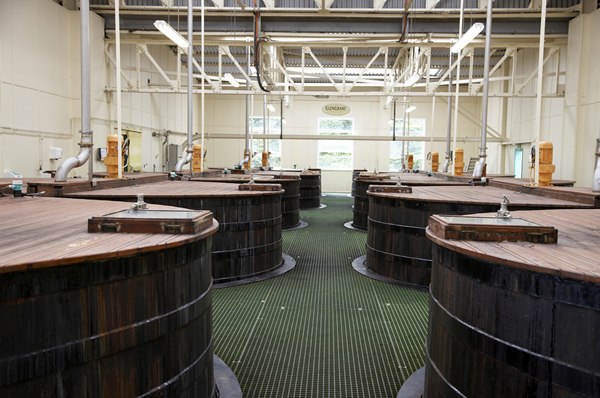 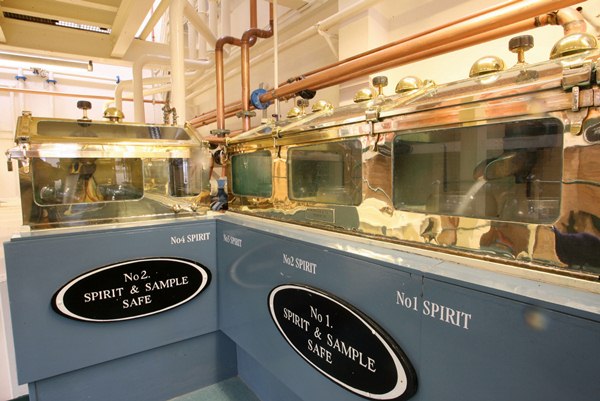 Our Glen Grant Whisky Range - In stock and available to buy