Glen Ord whisky distillery is situated on the edge of the Black Isle in the Highlands west of Inverness.

How the Glen Ord story began

Founded in 1838 by Partners Robert Johnstone and Donald MacLennan. Under the name of The Ord Distillery Company. The distillery had produced whisky illegally for a few years before they received their licence.

On the passing of Alexander McLennan in 1870 his Widow takes over, eventually marries Alexander McKenzie. Who in 1877 takes out a 19-year lease. The following year construction of new buildings commenced, which unfortunately were burnt down shortly afterwards.

In 1896 Alexander McKenzie passes away and the blends company James Watson & Co purchases the Glen Ord distillery for £15,800 .( = £1.4 million at today’s values)

They operated the distillery until 1923 when it was acquired by John Dewar & Sons. Up until then the whisky had been sold under the name ‘Glen Oran’, but was renamed ‘Glen Ord’.

By 1966 the distillery had been completely re-built and re-equipped. The floor maltings had been converted to a Saladin Box system, and the number of stills was increased from two to six.

During 1968 the malting improvements continued with a new drum maltings system. This facility is still in use today and supplies many of the current owners, Diageo, distilleries with malt.

In 1985 the distillery is acquired by United Malt & Grain Distillers (United Distillers), which eventually becomes Diageo.

A Distillery of many names, besides Glen Ord the whisky produced has also been called Glen Oran, Ord, Muir of Ord and Glenordie.

Glen Ord has won several awards for their whisky, for example in 1994, 1995 and 1998. The 1998 award was the gold medal at the International Wine and Spirit Competition (IWSC) for the best single malt aged less than 15 years.

Malt whisky from the distillery contributes to Dewar blends and was included in Diageo’s ‘Hidden Malts’ series. Now marketed as part of the “Singleton of ..” range.

Founded in 1838 by Partners Robert Johnstone and Donald MacLennan.

14 pot stills all equipped with after coolers

Glen Ord has its own maltings equiped with 18 drums with a total capacity of 37,000 tonnes a year and supplies several of Diageo distilleries.

During 2007 Diageo create “The Singleton” brand using the output from three of its distilleries. Initially each distillery named had a specific market; 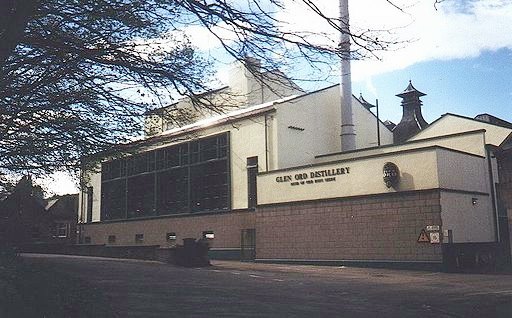 Urs at the German language Wikipedia [GFDL or CC-BY-SA-3.0], via Wikimedia Commons 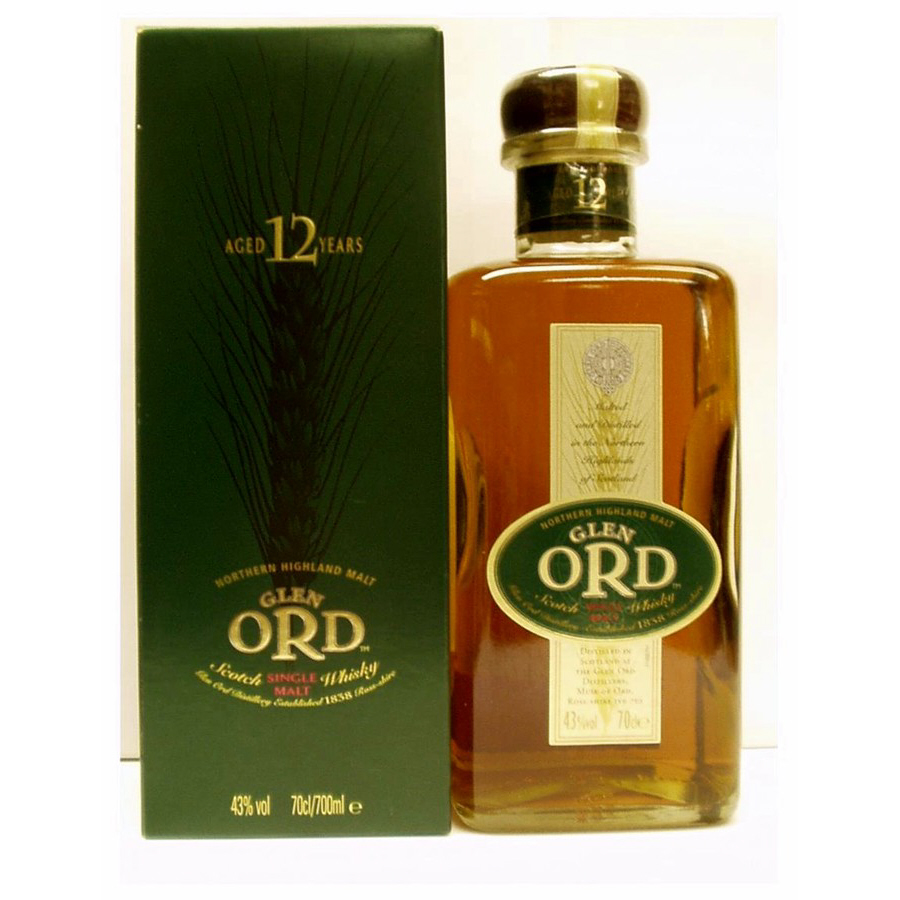 Take a tour of the Glen Ord distillery

The Glen Ord whisky distillery visitors centre is well worth a visit and regularly run guided tours of the distillery throughout the course of the day. A number of the tours include tasting sessions where you can sample some of the drams they have to offer.