Glen Scotia Whisky Distillery is located in the ancient town of Campbeltown on the Mull of Kintyre peninsular.

This town was a whisky boom town in the late 1800s with up to 28 distilleries, deserving its own whisky region status.

With Glen Scotia (glen-sko-sha) being mothballed during the 1980s and 1990s. This was down to just one, Springbank.

How the Glen Scotia story began

Founded in 1832 by the  partnership Stewart and Galbraith under the name of Scotia Distillery.

Duncan McCallum buys the distillery in 1895.

West Highland Malt Distilleries Ltd purchase the distillery in 1919 only to go bankrupt five years later. Allowing  Duncan McCallum to buy the distillery back in 1924.

The distillery closes in 1928.

The distillery is reported to be haunted by a previous owner;

Duncan McCallum evidently committed suicide by drowning himself in Campbeltown Loch in 1930 after discovering swindlers had tricked him out of a large sum of money.

The Bloch brothers take over in 1930 and resume distilling in 1933.

1954 saw the distillery acquired by Hiram Walker, who in 1955 sold it on to A. Gillies & Co which became part of Amalgamated Distilled Products Ltd in 1970

Amalgamated Distilled Products Ltd is taken over by Gibson International in 1989 production is re-started.  However they went into receivership later that year.

The distillery was acquired from receivership in 1994 by Glen Catrine Bonded Warehouse Ltd and mothballed.

During 1999 some distillation is restarted by Glen Catrine, through its subsidiary company Loch Lomond providing the supervision, using staff from Springbank.

The following year Loch Lomond takes over both operations and staffing with its own labour.

The new owners have invested heavily with new equipment including:

New roofs for the tun room and still house.

Glen Scotia  was one of the last two surviving Campbeltown distilleries during the 1925-2000 period. A Third distillery Glengyle went in to production in 2003, calling its whisky Killkerran.

Founded in 1832 by Stewart & Galbraith.
Location Campbeltown.
Water Source; from wells below the distillery. 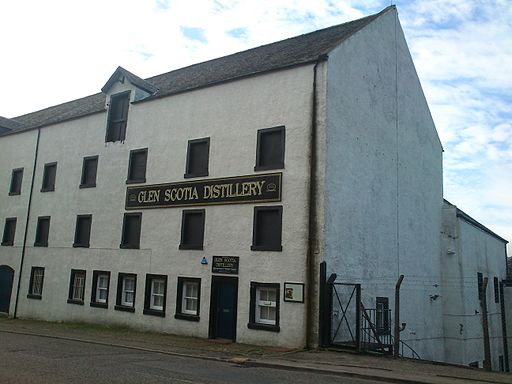 By Lucas McAlister (Own work) [CC BY-SA 4.0], via Wikimedia Commons 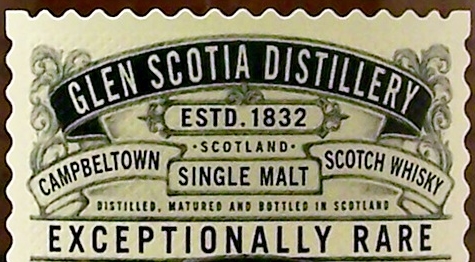 
Take a tour of the Glen Scotia distillery

The new Glen Scotia  distillery visitors centre is well worth a visit and regularly run guided tours of the distillery throughout the course of the day. A number of the tours include tasting sessions where you can sample some of the drams they have to offer.

Glen Scotia was bottled as a 14 year old. this was replaced in 2005 with a 12 year old. The following year a peated version is added.

These have been replaced with a Double Cask, 15 year old and Victoriana in a return to a traditional style.

Our Glen Scotia Whisky Range - In stock and available to buy