Glencadam whisky distillery is located in the eastern Highland whisky region of Scotland. One of only two surviving distilleries out of the 8 distilleries on the Scottish east coast between Aberdeen and Dundee.

Situated north east, and less than a mile out, of the Brechin town centre.

The use of finishing in port or sherry casks gives a rich fruity whisky.

How the Glencadam story began

The Glencadam whisky distillery was founded in 1825 by George Cooper. Located in a steeply sided glen on the site of a previous illicit still.

The next listed owner was David Scott 1827 until 1837. A progression of un-named owners followed.

At some point in 1891 the distillery was sold to the Glaswegian Blenders Gilmour, Thompson & Co. Ltd. Who used the malt whisky produced in their Royal Blend a favourite of King Edward VII.

During 1954 the distillery was acquired by Hiram Walker & Sons Ltd, who consequently became part of Allied Domeq.

They renovated the distillery in 1959.

The distillery was mothballed by operators Allied Domeq due to over-production in 2000. However, the distiller purchased by Angus Dundee Distillers plc three years later.

Although the distillery has had a high turnover in owners over the years, this seems to have indicated continued interest in working it. Certainly there were no lengthy periods during which Glencadam was out of production.

The whisky produced is an important component of the blend Stewart’s ‘Cream of the barley’ and also Ballantine’s blends.

Glencadam single malts are soft fruity creamy in style. The whiskys that have been second matured in sherry casks are rich and fruity. 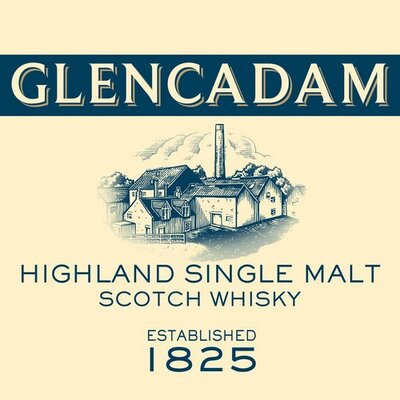 
Glencadam distillery tours by appointment only.

The Glencadam distillery does not have a visitors centre However does offer tours strictly by appoinment only.

Our Glencadam Whisky Range - In stock and available to buy