Glendullan whisky distillery is located in the middle of the Speyside whisky region in the Scottish highlands.

Situated 3/4 of a mile to the east of Dufftown on the east bank of the River Fiddich.

The Glendullan (glen-dull-an)  whisky distillery house style is a rich fruity malt whisky.  The malt whisky is now marketed by Diageo under “The Singleton” brand along side the Dufftown and Glen Ord  distilleries.

Popular with independent bottlers such as  Connoisseurs Choice By Gordon and MacPhail.

Older labels such as Flora & Fauna and Rare Malts Selection can sometimes be found in the discontinued whiskies.

How the Glendullan story began

Glendullan whisky distillery established by Williams & Sons in 1896-98. Was the last of the seven distilleries to be built around Dufftown in the 1890s distillery-building boom.

Although the fact that the whisky market collapsed the same year that distillation at Glendullan started, the owners managed to remain in business.

In 1902 the Glendullan malt whisky is introduced to Edward VII becoming a favorite with the Royal household.

The distillery is transferred to Scottish Malt Distillers (SMD) in 1930.

The only period, which the distillery was silent, was due to government restrictions enforced during World War II.

The Glendullan distillery was remodelled in 1962.

Ten years later in 1972 a second distillery was built in the field alongside to increase capacity of the single pair of stills in the old distillery.

This was a self-contained unit with three pairs of stills. Both distilleries used the same water, ‘recipe’ and techniques and, despite having stills of different sizes, produced a similar spirit.

During the early 1990s a 12 year old single malt whisky was introduced under the Flora & Fauna label.

During 2007 Diageo create “The Singleton” brand using the output from three of its distilleries. Initially each distillery named had a specific market;

Glendullan shared a railway siding with the Mortlach distillery next door.

A favourite whisky of King Edward VII. However, it has taken a back seat compared to the other single malt whiskies that have been heavily promoted in recent years by their owners.

The whisky produced is a contributor to Bell’s Dewars, Johnnie Walker and Old Parr blend.

The original distillery was powered by a large waterwheel that supplied 16 horsepower to drive the machinery. Wooden worm-tubs were used to convert the vapour to spirit.

3 pairs of pot stills. Unusually the spirit stills are larger than the wash stills.

Making 21 mashes a week = to produce 5 million litres of alcohol spirit a year. 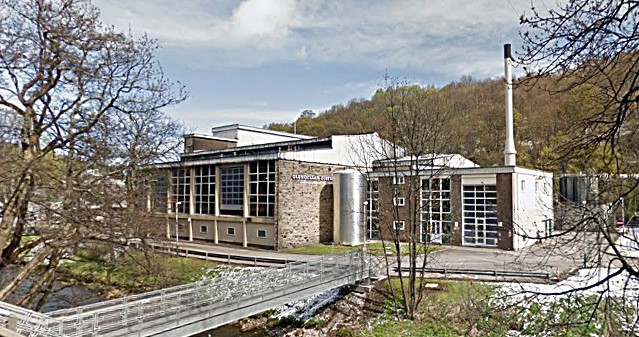 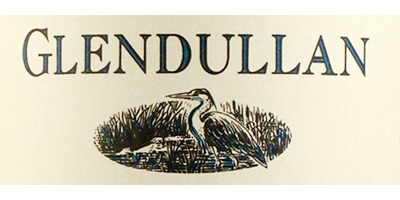 
No visitor facilities at the Glendullan whisky distillery

The Diageo distillery at Dailuaine was first to use Clearfleau’s anaerobic digestion (AD) technology, becoming operational in 2013.  Since August 2015 the site at Glendullan has been using the system to manage distillery co-products.

This bio-energy plant is:

•  Generating over 2 million m3 of biogas

•  Cutting over 15 truck journeys  daily, with  a new pipeline supplying the AD plant

Our Glendullan Whisky Range - In stock and available to buy