Glenfiddich whisky distillery is in the heart of the Speyside region on the outskirts of Dufftown in the Scottish Highlands,.

This is a family firm founded by William Grant in 1886 . The Glenfiddich (glen-fidd-ick) distillery has been crafting richly fruity single malt whiskies for over 130 years.

In September 1886, after 20 years of saving from his annual salary of £100, William Grant could finally realise his dream of creating “the best dram in the valley”.

He bought some second-hand distillery equipment and land near the River Fiddich in Speyside- the heart of the Scottish Highlands.

Here Grant, with his wife, seven sons, two daughters and one stonemason built the Glenfiddich distillery with their bare hands.

On Christmas day in 1887, William Grant and Son’s Glenfiddich Pure Malt Whisky ran from the stills.

He converted his castle into his second distillery (this time he could afford to hire a workforce). Balvenie remains the only distillery in the Highlands to farm its own barley.

With Pattison’s collapse, the country was filled with unsold surplus stock and many distillers were permanently ruined.

Grant himself had massive debt, but his response was characteristic of his adventurous spirit. He decided to expand from distilling to wholesale, blending and exporting.

In 1903, still feeling the repercussions of the 1898 Pattison crash, Willliam Grant brought his son in law, Charles Gordon into the firm. He sent Gordon and his own son Charles Grant, on an export drive.

They set up a whisky store in Glasgow, but after six weeks and 503 calls, Charles Gordon had only sold 12 bottles and Charles Grant just two cases.

Through sheer dogged determination, more business began to trickle in. Enough so, that in 1904 William Grant opened his first official export office in Blackburn, Lancashire to meet growing demand.

In autumn 1904 John set sail for Canada, and in 1905 established the company’s first agencies in Canada and the USA.

Inspired by the success of overseas sales in North America. In 1909 Charles Gordon undertook an extraordinary tour of the East in search of new markets. He went to India, Singapore, Japan, Australia and finally New Zealand before returning home in 1910.

Surprisingly it wasn’t until 1911 the Grant family ventured into the European market and the first agencies were set up in Scandinavia, Germany and Holland.

Rationing efforts during World War I coincided with increasing prohibitionist sentiment to cut into the growth of the Scottish whisky industry.

A major blow, at least in the short term, was the passage of the Immature Spirits Act in 1915, which barred sales of whisky that had been aged for less than two (later three) years.

While the Act spelled the end of large numbers of distillers, it would later provide one of the major selling points for Scottish whisky. Nonetheless, continued raw materials shortages during the war put an end to production in 1917.

Grant did not resume production again until 1919 and the following year faced a new threat to its business, as prohibition sentiment swept across many of its major markets.

While Prohibition was enacted most famously in the United States, the ban on alcohol extended into Canada, most of Scandinavia, Belgium, and Russia as well.

The drop in whisky sales nearly wiped out the Scottish industry; by the end of Prohibition, only six Scottish distilleries remained in operation, including both the Glenfiddich and Balvenie distilleries.

William Grant himself did not live to see the end of Prohibition. By the time of his death in 1923, a new generation of the Grant Gordon family, and in particular William Grant Gordon, had joined the company.

The younger Grant Gordon persuaded the company to increase its production despite the drop off in sales. In this way, the company was prepared to meet the surge in demand as countries began dropping their prohibition efforts in the early 1920s.

In this way, Grant not only edged out potential newcomers, it also was able to present a higher-quality whisky that had spent more years aging.

Not much has changed at the Glenfiddich Distillery since the first spirit ran from the stills on Christmas Day, 1887.

It is still independent; owned and run by the fifth generation of the same family.

Today, Glenfiddich has grown to become the world’s most popular single malt Scotch whisky, enjoyed in homes and bars in every continent of the world.

Yet despite increased demand, any temptation to alter or compromise the production technique has been firmly resisted.

Founded in 1886 by William Grant

On site dunnage and modern warehousing. With its own cooperage. 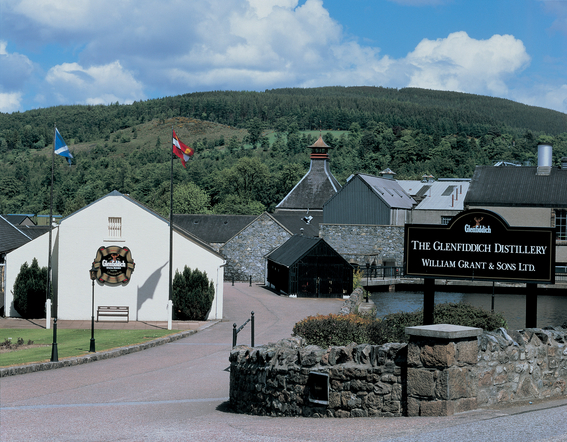 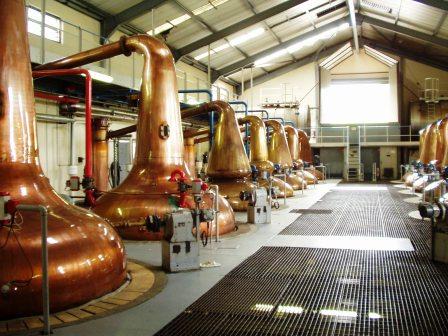 Take a tour of the Glenfiddich distillery

The Glenfiddich whisky distillery visitors centre is well worth a visit and regularly run guided tours of the distillery throughout the course of the day. A number of the tours include tasting sessions where you can sample some of the drams they have to offer.

Click here for more information on the Glenfiddich visitors centre 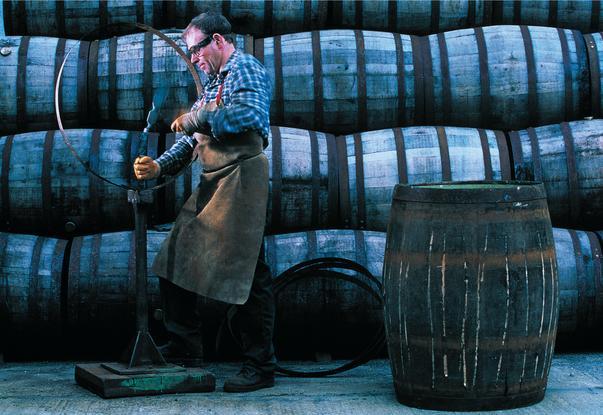 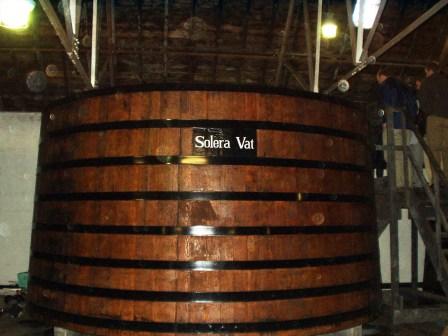 Our Glenfiddich Whisky Range - In stock and available to buy