The Glengoyne Whisky Distillery is situated in a wooded valley in the southern Highlands of Scotland close to a small river that flows into the famous Loch Lomond.

Glengoyne (glen-goyn) is located 14 miles north of Glasgow on the A81 just beyond the village of Strathblane.

Sir Walter Scott’s novels capture the romance and intrigue of this period in Scottish history. In particular with his character, Rob Roy, who was renowned for cattle thieving and other activities and is believed to have once escaped the law by hiding in an oak tree just 300 metres from the Glengoyne Distillery.

The distillery, which takes its name from “Glen Guin” or Glen of the Wild Geese, has been producing an exceptional light delicate single malt scotch whisky for nearly 200 years.

How the Glengoyne distillery story began

Glengoyne is one of the few distilleries producing whisky in this part of Scotland today.

At the beginning of the nineteenth century it is recorded that at least eighteen whisky stills were in operation in this area.

However, these, like many others at that time, were illegal. Whisky producers were forced to produce whisky illicitly as they were unable to pay the heavy taxes imposed by the government on spirit production to fund wars against France. Smuggling became rife and the hills and glens around Glengoyne formed a perfect cover for this lawless activity.

It was not until the 1820’s that an Act of Parliament was passed reducing the duty on spirit and the cost of a licence to distill which put an end to illegal production.

This gave rise to a rush of stills being legalised including those at Glengoyne in 1833.

It is reputed that Glengoyne was one of a few stills to be licensed in the southern Highlands due to the high quality of whisky it produced.

First-owned by George Connell who erected a distillery and took a lease on the surrounding land; he also built a warehouse which is still very much in use today.

The distillery first licensed as the Burnfoot Distillery in 1833 by the Edmonstone family. Has been working continually since it was founded.

In 1876, the Lang Brothers from  Glasgow purchase the distillery changing its name to Glenguin. During 1905 the name was modified to Glengoyne.

Ownership remains in Scottish hands with the Robertson & Baxter (Highland Distillers) taking over the distillery in the 1965. They refit the distillery increasing the number of stills from 2 to 3.

They sell the distillery and Langs Brands for £7.5 million to  Ian Macleod Distillers Ltd. an independent, Scottish, family owned business acquired the distillery in 2003.

The changes in ownership have done little to affect production of this unique malt.

The traditional working methods have been passed from generation to generation to create this subtle, complex whisky in which all the delicate flavours are freely allowed to express themselves.

Licensed  in 1833 by Edmonstone Family as the Burnfoot Distillers.

Matured in a mix of refill and sherry casks in traditional dunnage warehousing on site.

The core range for the UK domestic market consists of:

Plus a Cask Strength bottling.

The house style is a light delicate single malt whisky. With some expressions matured in sherry casks for a  Rich and Fruity Whisky. 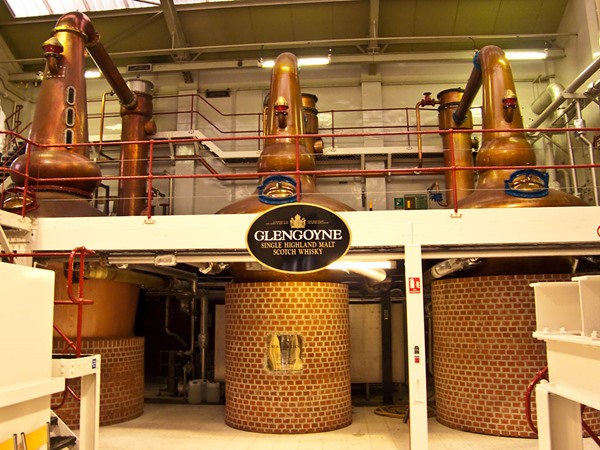 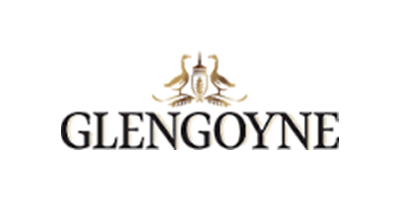 Take a tour of the Glengoyne Whisky Distillery

The Glengoyne Whisky Distillery visitors centre is well worth a visit and regularly run guided tours of the distillery throughout the course of the day.

Click here for more information on the Glengoyne visitors centre 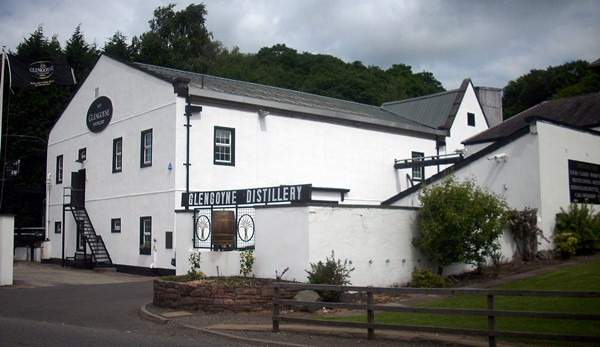 Our Glengoyne Whisky Range - In stock and available to buy