Glenlivet whisky distillery is in the Scottish Speyside region on the slopes of the River Livet near the confluence with the River Avon.

In 1875 the  distillery won a court case over its name. Since then they are the only distillery that can call itself “The Glenlivet” one of the first regional rulings.

The Glenlivet (glen-liv-it) whisky distillery house style is for a soft fruity creamy whisky. However the distillery does use sherry cask maturation for rich fruity whisky.

The glen of the Livet has a plentiful supply of clean spring water that makes particularly exclusive whiskies.

Amongst the major distilling districts the Livet valley is the one most deeply set into the mountains. The spring water rises from a granite base having travelled many miles underground.

The mountain location also provides the weather conditions that whisky-distillers prefer during the distilling process, especially the spirit condensers work most effectively if they are cooled by very cold water in a matching cool climate.

Due to its ideal location and conditions there was a great deal of illicit distilling in the area and this was a significant reason for the reputation of the glen. There is evidence that there were a couple of hundred illicit stills in the wild, mountain country around the Livet in the late 1700s and early 1800s

At that time the Highlanders were only permitted to distil whisky on a domestic scale.

The Duke of Gordon proposed more cooperative legislation leading to the proper licensing of whisky distilling.

One of his tenants George Smith, already an established illegal distiller was encouraged by the Duke to take out a license and became the first to apply for a new licence in 1824.

This year is taken as being the official foundation date of the distillery that became known as  “The Glenlivet”. His son John Gordon Smith assisted and eventually succeeded George on his death in 1871.

After distilling on two other locations, Upper Drumin (1824) and Delnabo (1850) nearby, the Smiths built and moved to the distillery’s present site 1n 1858. (George and J.C. Smith Ltd)

Glenlivet was acknowledged as the home of the very best “mountain dew”. Casks of “the real Glenlivet” were to be found in the cellars of all the great houses in the land and it received the Royal stamp of approval.

In 1822, when George IV visited Edinburgh, it was said that “the King drinks nothing but whisky and is an admirable judge of Glenlivet

The reputation of the Glenlivet valley and especially the Glenlivet distillery became a powerful word association with whisky.  Merchants in the cities wanted whisky “from Glenlivet”

Even though there are only three distilleries in the glen a further 18 distilleries were using the Glenlivet in their name or calling their whisky Glenlivet even distilleries as far away  on the coast north of Inverness.

John Gordon Smith was succeeded in 1901 by his nephew George Smith Grant During 1921 the distillery passed to Captain W.H. Smith Grant.

Further investment in 1924 resulted in a total of 10 washbacks, 4 stills 16 warehouses with the capacity to store one million gallons,

Conversion from coal to gas to heat the stills was made in 1972 in the following year two more still were added bringing the total to six. Investment in plant to make cattle feed from by products installed.

The period of independence came to an end when Seagram acquired the company in 1977.

Further two still added in 1978 sales to the US grow by 300%+ a year. First visitor centre opened.

Acquisition by Pernod Ricard in 2001. The group designates The Glenlivet a global priority brand.

The Glen Livet has put in plans to add two more distilling units. Each fitted out with;

This will triple capacity to well over 30 million litres.

Matured in American oak bourbon casks with a proportion of sherry casks.

The Glenlivet whisky distillery house style is for a soft fruity creamy whisky. However the distillery does use sherry cask maturation for rich fruity whisky. 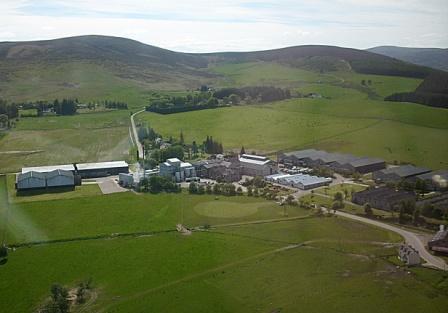 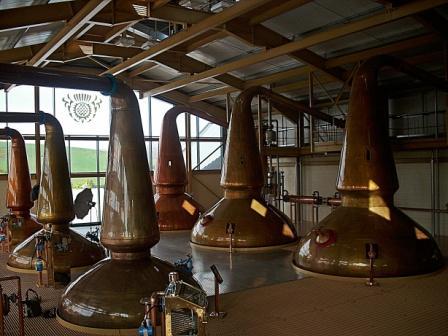 Take a tour of the Glenlivet distillery

The Glenlivet distillery visitors centre is well worth a visit and regularly run guided tours of the distillery throughout the course of the day. A number of the tours include tasting sessions where you can sample some of the drams they have to offer.

Click here for more information on the Glenlivet visitors centre 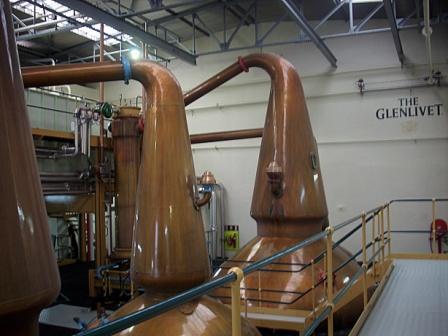 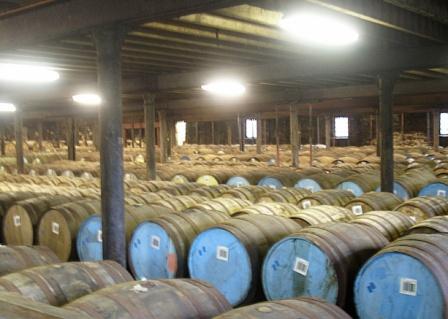 The Glenlivet distillery core range in the UK consists of;

Our Glenlivet Whisky Range - In stock and available to buy