The Imperial whisky distillery was located in the heart of the Speyside whisky region, Situated  at Carron close to the north bank of the river Spey,  Open at the height of the 1890s whisky boom (1897) this distillery became victim of the Pattison’s crash (1899).

Designed by Charles Doig the Imperial whisky distillery buildings were constructed from Aberdeen bricks within a iron framework.

Building work coincided with Queen Victoria’s Diamond Jubilee, which was no doubt an influencing factor when naming the distillery. To commemorate the jubilee a gilt crown was placed on the malting kiln roof.

The following year the distillery amalgamated into the Dailuaine – Talisker Distilleries Ltd.

Due to the Pattison’s crash the distillery was mothballed  in 1899.

During 1916 Thomas MacKenzie dies and the distillery is taken over by a consortium, who’s  main characters are John Dewar, John Walker, W P Lowrie. Who go on to form the Distillers Company Limited (DCL).

It briefly re-opened for one season in 1925 when it passed to the new owners Distillers Company Limited. Passing control to Scottish Malt Distillers (SMD) in 1930.

With a change in management to SMD in 1955, there was a complete refit of the equipment and distillation recommenced, at the same time the gilt imperial crown was taken down from the malting kiln due to rust.

Pernod Ricard purchased the distillery in 2005.

A 15 year old single malt whisky was the only offical Imperial Distillery bottling.
The malt whisky can still be found in Indepentant bottlers ranges. 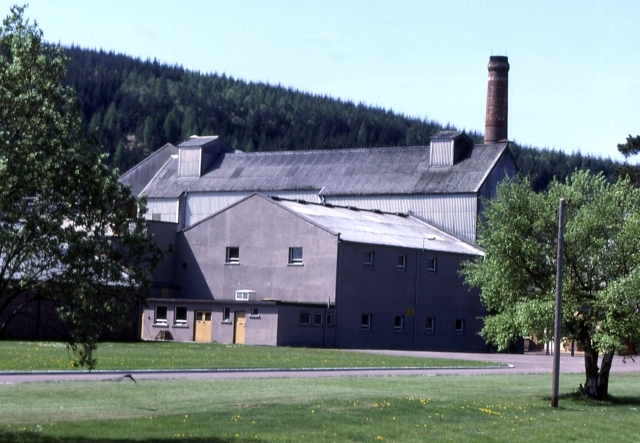 Our Imperial Whisky Range - In stock and available to buy