Kilchoman whisky distillery is located on the western side of the Isle of Islay. At the Rockside Farm, 2.5 miles along the Bruichladdich to Kilchoman road.

The Kilchoman (kil-ho-man) distillery is the first of the new generation farm distilleries, going into production in 2006. Producing a smokey phenolic whisky.  The use of sherry casks during maturation gives a rich, spicy, peaty whisky.

How the Kilchoman story began

In the early 19th century there were as many as 13 farm distilleries on Islay.

However, the demand for whisky and the tighter regulations brought in by Customs meant that the majority of the smaller ones closed and only the large distilleries survived.

Kilchoman is a farm scale distillery and the first to be built on Islay for 124 years.

Housed in traditional farm buildings at Rockside Farm the distillery is one of the smallest and most traditional in Scotland.

Kilchoman is one of the very few distilleries that can to claim that every step of the production process is carried out on site – from barley field to filling room.

The distillery went into production in 2005. The following year a fire in the kiln causes a stop in production for a few weeks. Malting its own barley does not resume for the rest of the year.

The distillery is expanded with two new wash backs in 2007.

Kilchoman  initial spirit comes of age and the very first single malt was released. A limited run of 3 year old was bottled for general release from 9th September 2009.

John Maclellan from the Bunnahabhain distillery is appointed as general manager in 2010.

Machir Bay malt whisky is released as the core expression in 2012.

Construction completed and production commenced in 2005.

Own floor maltings with a quarter of the Barley supplied from local fields.

the other three quarters from Port Ellen.

One Pair of Stills.

Stored in a Dunnage warehouse and a modern warehouse with a 9,000 cask capacity.

The use of  different casks such as sherry, port, rum and wine casks during maturation gives a rich, spicy, peaty whisky.

The Kilcoman distillery core range consists of  Machir Bay and Sanaig, the latter matured in ex-bourbon and sherry casks.

Limited editions include Loch Gorm and 100% Islay appear in batches.

Other releases such as the Islay pipe band, Land rover tour, Vintages 2006, and Feis Isle 2013 are popular collectors whiskies. 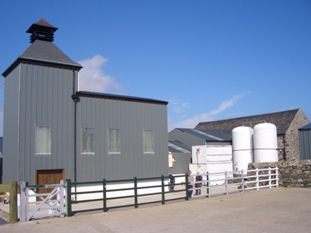 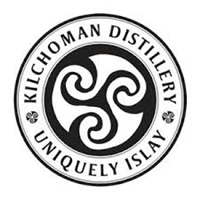 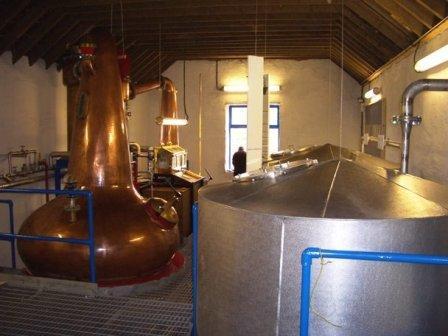 Take a tour of the Kilchoman whisky distillery

The Kilcoman distillery visitors centre is well worth a visit and regularly run guided tours of the distillery throughout the course of the day.

Click here for more information on the Kilchoman visitors centre

Our Kilchoman Whisky Range - In stock and available to buy