Kininvie Whisky Distillery is located in the Speyside whisky region of the Scottish Highlands. Hidden away behind the Balvenie Distillery.

Built in  1990 to provide Grants with a malt whisky for their blends not as a single malt in own right.

In 2013 the Kininvie Single malt whisky was launched initially in Taiwan.

How the Kininvie story began

The distillery name comes from the nearby Kininvie (kin-in-vee) estate. Built in 1990 by William Grant &Sons Ltd next to their Balvenie and Glenfiddich distilleries.

Kininvie whisky distillery consists of a still house.  The worts for distilling are produced and fermented at the Balvenie mash house, which is 200 yards away and piped to the still house at Kininvie.

The distillery is operational 24 hours a day seven days a week, and is one of the most modern distilleries in operation.

A state of the art distillery with a computer control room that can run everything without a need to go into the still house, except when the stillman makes his cut.

All the equipment is controlled by using the mouse and clicking on the different graphical displays of the stills and heaters etc.

The spirit produced is almost entirely going for William Grant’s blends among those Clan MacGregor.

In 2005 and 2006 it contributed to the Blended Malt Whisky MonkeyShoulder. This was a triple malt a vatting from Balvenie, Glenfiddich and Kininvie single malt whisky.

Not normally available as a single malt it has made an appearance as limited edition commemorative  bottlings:

This bottling was a limited edition of 2001 bottles and was given out to selected staff members. in celebration of the one hundredth birthday of Janet Sheet Roberts. Granddaughter of William Grant.

The bottle is numbered and signed by the Malt Master David Stewart and distributed among Willliam Grants Staff.

a Limited Release of only 500 bottles.

However the whisky is in the Blended malt whisky “Monkey Shoulder”.

The worts for distilling are produced in dedicated equipment at the Balvenie Distillery.

This includes a stainless steel full lauter mash tun located next to the Balvenies mash tun. 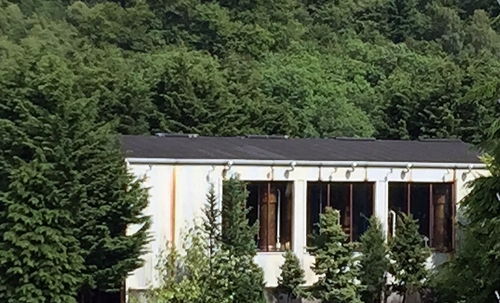 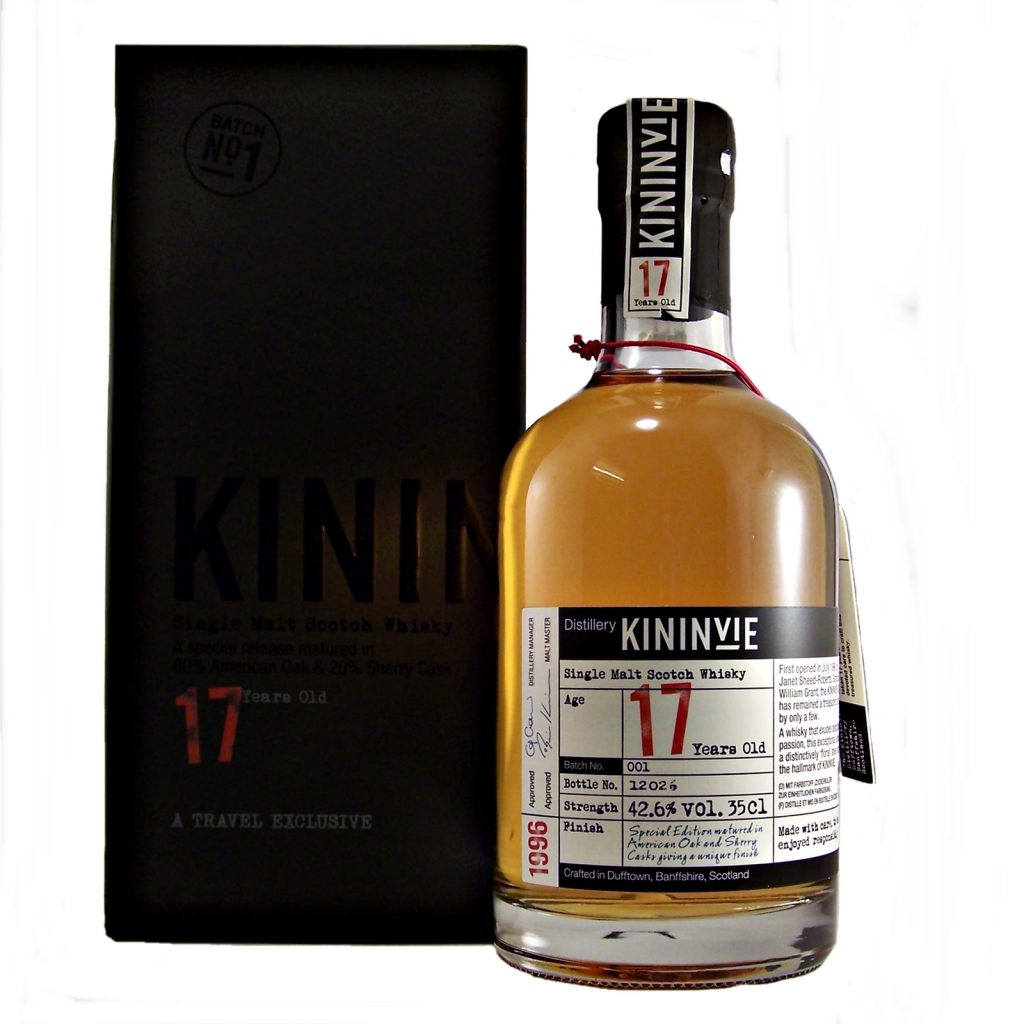 Kininvie whisky distillery not open to the public.

Our Kininvie Whisky Distillery Range - In stock and available to buy