Knockando whisky distillery is located in the heart of the Speyside region of the Scottish Highlands.

Situated down stream to the Tamdhu Distillery less than 20 miles south of Elgin.

The Knockando (nock-an -doo) is the signature malt whisky to the J&B blended whisky.

How the Knockando story began

John Tytler Thomson establishes the  Knockando whisky distillery in 1898 on the lands of Cnoc-an-dhu, Gaelic for small black hillock. Between the villages of Knockando and Archiestown.

With Charles Doig as the architect, the distillery is built to take advantage of the Cardnach spring water, which has been described as being of particularly high quality for whisky production.

Distillation started in May 1899. However, due to the downturn in the market closes the following March and J Thompson & Co takes over.

Becoming at some point the Knockando-Glenlivet Distillery Co.

In 1962 ownership passes to International Distillers Vinterners Ltd (IDV) formed by the merging of W. & A. Gilbey and Unwin’s United Wine Traders, owners of Justerini & Brooks.

The floor maltings ceased in 1968, the following year a second pair of stills are added.

During 1972 IDV is acquired by Watney Mann. Which is taken over by Grand Metropolitan.

In 1997 Grand Metropolitan merge with Guiness forming Diageo . The present owners of the Knockando distillery.

Apart from during the war years – when most distilleries were closed – Knockando has been in production every year since 1904.

The distillery’s excellent production records will have been helped by the fact that Knockando is a major component in J&B blended whisky.

J&B became a major brand in the United States of America thanks to the help Mr Abe Rosenberg whose expertise in the whisky industry increased exports of J&B in the States from 25,000 cases to 3.5 million cases per year!

The distillery was largely rebuilt in 1969 when production was increased with the number of stills doubled from 2 to 4 after the floor maltings had been discontinued the previous year.

The majority of the spirit is tankered away to Auchroisk and Glenlossie warehousing.

However some of the casks are returned for maturing on site in the two of each Dunnage and Racked warehouses.

The Knockando single malt has previously been bottles as a year statement with a combined vintage, ie 12 year old, 1988.

Still with the distillation date on the label. 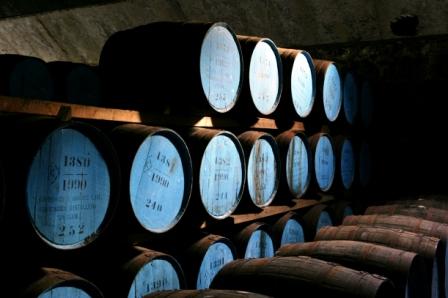 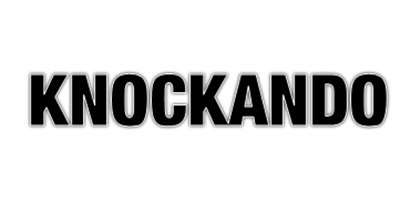 The Knochando Distillery is not open to the public.

Our Knockando Whisky Range - In stock and available to buy