Lagavulin whisky distillery, like all those on Isle of Islay, was built on the shoreline to make possible the easier receipt of supplies and dispatch of whisky in small coastal vessels. Situated on the south shoreline of the island between Ardbeg and Laphroaig.

Illicit distilling had been carried out at Lagavulin for many years before.

John Johnston established the first of two distilleries at Lagavulin in 1816.

The following year a second distillery, Ardmore, was built by Archibald Campbell. Johnston takes over both distilleries in 1825.

By 1837 the was one distillery remaining, under Donald Johnston control.

During 1878 Peter Mackie joins the company. He inherits the distillery on the death of his uncle James  Mackie in 1889.

The following year the company becomes Mackie & Co. Peter Mackie launches the soon to be famous “White Horse” blend into the export market. The blend is released into the UK market in 1901.

Part of the older distillery buildings are used for the new Malt Mill distillery in 1908.

A fire breaks out and the distillery suffers considerable damage during 1952.

Lagavulin whisky distillery was renovated in 1962. The mill distillery closes. now home to the visitor centre.

The in house floor maltings are stopped in 1974.  Malt now comes from the Port Ellen malting plant.

The wash stills have a pronounced curve in the swan neck.

Both the stills and safe made by Abercombie of Alloa.

Matured in American oak bourbon casks with some European sherry casks used for finishing. Mainly warehoused on the mainland.

A distinctively Islay malt, powerful and demanding, complex with a dominant aroma of sea salt, peat and sherry. 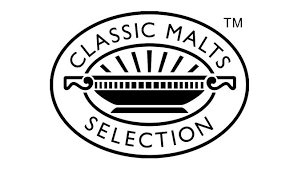 By see Source [GFDL or CC-BY-SA-3.0], via Wikimedia Commons

Take a tour of the Lagavulin distillery

The Lagavulin distillery visitors centre is well worth a visit and regularly run guided tours of the distillery throughout the course of the day.

Click here for more information on the Lagavulin visitors centre

Our Lagavulin Whisky Range - In stock and available to buy