The Macduff Distillery is located in the Eastern Scottish Highlands close to Aberdeen. Situated to the east of the town of  Banff on the east bank of the River Deveron, about half a mile from the Moray Firth.

The distillery does not bottle under its own name but takes the title from the local river. Using either Glendevron or The Devron for it single malt whiskies.

How the Macduff Distillery story began

The distillery founded in 1960 by a consortium of businessmen which included George Crawford, Morty Dykes and Brodie Hepburn. Named the Macduff Distillers Ltd. Production starts in 1963.

The Royal Burgh Collection of Glen Devron 16, 20 and 30 year old is released to travel retail outlets in 2013.

Macduff is one of the few distilleries to give its single malt a different name from its own. The malt takes its name from the nearby River Deveron from which it drawn the water used for cooling in the production process.

The Gelly Burn is the distilling water source used by the distillery.

Independent bottlers do market the whisky, including miniatures, under the name of Macduff.

Founded in 1962 by a business consortium.

2 wash stills. 3 spirit stills. To fit the stills into the stillhouse four of the Lyne arms angled upwards and one of the washstills is U shaped. 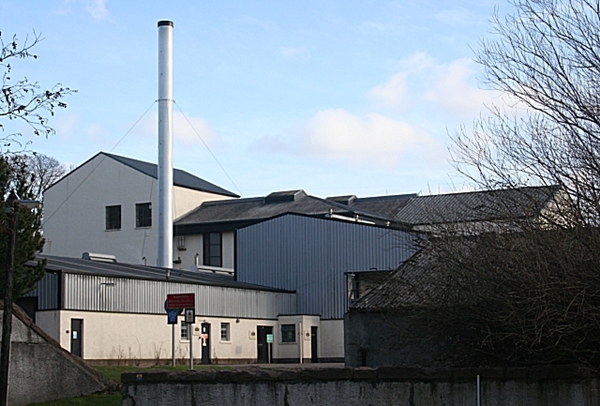 
No visitor Facilities at the Macduff Distillery

Our Macduff- Devron Whisky Range - In stock and available to buy