Old Pulteney whisky distillery is located in the Northern Highlands of Scotland. Situated in the fishing town centre of Wick. This was the most northerly mainland distillery until the Wolfburn Distillery at Thurso, opened in 2013.

How the Old Pulteney story began

The Old Pulteney Whisky Distillery was established in the town of Wick by James Henderson in 1826.

This was the most northerly distillery on mainland and at that time was only accessible by sea. The barley was brought in and the whisky shipped out by boat.

The distillery continues to operate using the same traditional distilling methods first introduced in the 1800’s to create one of the finest Highland Malts available.

In 1920 the distillery was sold to James Watson & Co Ltd of Dundee. Two years later the Wick town  council banned alcohol licenses, making Wick a “dry town”. This lasted for over 25 years.

At some point in 1930 the distillery closed

James & George Stodart Ltd as part of Hiram Walker purchased the distillery in 1955.

Over the next four years the distillery was entirely renovated. The floor maltings stopped in 1959.

Allied Breweries changes its name to Allied Lyons in 1981.

During 1995 InverHouse Distillers acquires the distillery from Allied Domecq.

Founded in 1826 by James Henderson.

Water source; The Loch of Hempriggs.

Matured in American oak bourbon casks and ex-sherry butts in warehousing on site.

Pulteney is one of the most unique Scotch whisky distilleries. The wash still had no swan neck and it is thought that when the original still was delivered, it was too tall for the stillhouse and the manger insisted it was “cut off.”

The wash still resembles a “ smuggler like kettle “ and the unique shape of both stills undoubtedly contributes to the distinctive character of the whisky.

Once distilled, the spirit is filled in to a selection of specially selected bourbon and sherry casks and laid to rest in the distillery warehouse, until the manger decides the optimum time for bottling each of the casks.

Throughout the years of maturation, the casks have taken time to absorb the Northern Scottish sea breeze and as a result, Old Pulteney Single Malt Scotch Whisky is often referred to as “The Manzanilla of the North.” 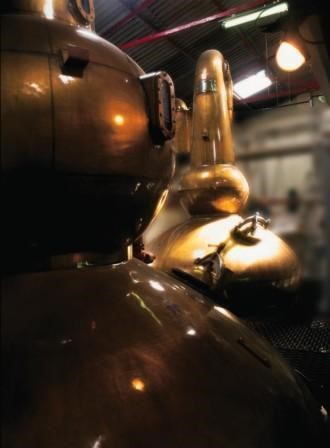 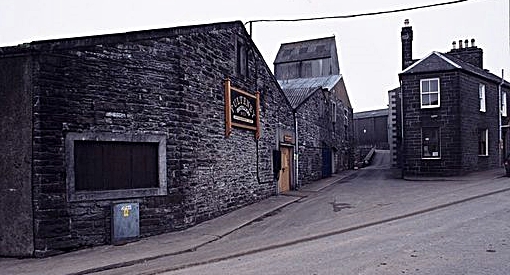 Take a tour of the Old Pulteney Whisky Distillery

The Old Pulteney Whisky Distillery visitors centre is well worth a visit and run two guided tours of the distillery during the day.

Our Old Pulteney Whisky Range - In stock and available to buy