Rosebank whisky distillery was a in the lowland whisky region of Scotland. Just west of Falkirk on the A9 – A803 roundabout.

Hemmed in by the canal and main road there was no room for the distillery to expand. So it was mothballed and closed 1993.

As with all closed distilleries the whisky produced has become sought after by collectors.

As a result Rosebank Whiskies can be of great investment potential.

How the Rosebank Distillery story began

The early history of the Rosebank whisky distillery is stated as being founded in the late 18th century. Some claims state that the distillery was founded as early as 1773. However more conservative sources date it somewhere in the 1790’s.

The Rosebank Distillery of the Stark Brothers had its origin at Laurieston, however due to shortage of water. The distillery was relocated to Camelon in the 1820s.

James Rankine, local wine and spirit merchant, founded the forerunner to the last distillery in the 1840’s who converted the maltings of Camelon Distillery. Rosebank may have operated under the name ‘Cameron’ for a while.

The distillery was expanded in 1845.

In 1864 his son, R. W Rankine who completely rebuilt the distillery and was very successful in increasing demand for the whisky produced, followed him.

The demand from the blenders for Rosebank whisky was so high that the distillery sold the whisky on allocation and charged the customers warehouse rent while they waited.

At the time Rosebank was the first distillery and only one able to do so.

During 1894 the Rosebank Distillery Ltd was formed as a public limited company, A second share issue three years later was immediately fully subscribed.

The distillery was badly affected by the collapse of Pattison’s at the end of 1898 and the slump in trade that followed.

Rosebank was one of the founder distilleries that amalgamated to become Scottish Malt Distillers (SMD) in 1914. Which in turn became a subsidiary of Distillers Company Ltd (DCL).

The distillery was silent from 1917 to 1919. However was one of the few distilleries to operate during WWII.

In 1986 United Distillers (UD) who were part of the Guiness Group at the time acquired SMD. Then UD merged with International Distillers and Vintners (IDV), as part of Grand Metropolitan Group.

In 1998 to form United Distillers and Vintners (UDV). Which is now owned by Diageo.

Rosebank was mothballed in May 1993 and sold to the British Waterways Board in 2002.

Their scheme comprising flats with balconies and ground floor gardens facing the canal started on site in September 2005 after all the properties had already been sold off-plan.

The redevelopment included office space; part of the distillery building was retained and now houses a public house and restaurant.

During 2010 there where plans to re-establish the distillery despite the distilling plant had been stolen. Further more Diageo have stated the Rosebank name is not for sale.

The traditional Lowland method of triple-distillation was used at Rosebank.

As with all closed distilleries the whisky produced has become sought after by collectors. 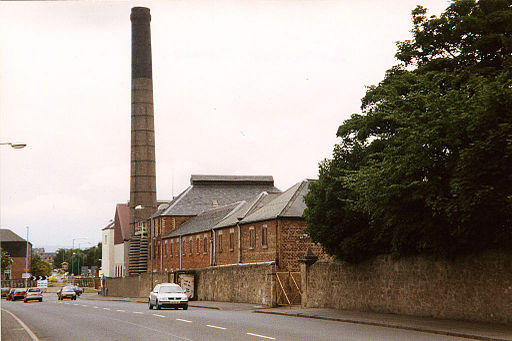 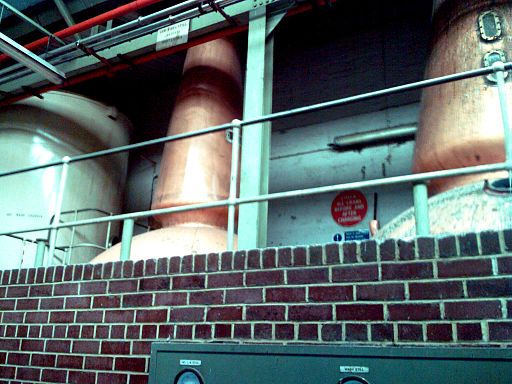 By Stuart.Jamieson (Own work) [CC BY-SA 3.0], via Wikimedia Commons