Royal Lochnagar whisky distillery resides deep within the Scottish Highlands, on the south bank of the River Dee. Less than a mile from the Queens residence at Balmoral Castle.

How the Royal Lochnagar story began

The first licensed Lochnagar distillery was built on the north side of the river in 1823 by James Robertson, a former illicit distiller.

However, in 1826 the distillery was burned down by fellow smugglers who were unhappy at one of their kind ‘going legit’.

In 1845 the distillery is rebuilt by John Begg.

Abergeldie Estate grants John Begg a long lease of the Lochnagar site and in 1845 starts’ distilling on the south bank of the Dee. This second distillery is called New Lochnagar.

During 1848 Queen Victoria acquires Balmoral Castle only half a mile from the distillery.

John Begg (somewhat cheekily) sends a letter to their Royal Highnesses’ inviting them to pay a visit and sample the delights of the distillery.

Rather impudently, he mentioned that if they didn’t arrive by 6 pm they would miss the distillery in operation. To him, there was no question that he would extend the routine to accommodate his royal guests.

Prince Albert accepts his invitation and arrives the next day with Queen Victoria and their three eldest Children. The Queen suitably impressed awards Mr Begg with  a Royal Warrant of Appointment as a supplier to the Queen

This Royal connection has meant that the distillery has played host to a string of famous visitors, many of them British prime ministers taking an hour or so off between meetings with the monarch of the day at Balmoral.

The Fine Royal Lochnagar, as the brand became known, commands a high price and demand continues to grow.

The distillery increased in size and warehouse and offices are acquired in Aberdeen.  Begg also becomes a pioneer in the blended Scotch whisky industry. .

The north-bank distillery was closed by 1860.

John Begg dies in 1880, leaving his only son, Henry Begg, his estate, which includes a large trade in blended and bottled whisky both home and abroad.

Henry Begg lacks his father’s enthusiasm and appoints a manager to look after his interests. Henry Begg dies in1896, having created a trust of the business so each of his children benefits equally.

The distillery is converted into a private limited company, in 1902, John Begg Ltd, after it becomes evident that the business is too intricate to be operated as a trust.

The distillery is renovated in 1906 and acquired by John Dewar and Sons Ltd in 1916.

During the post war period a great deal of alterations took place to the distillery building and the machinery traditionally powered by water and steam are replace by electrical equipment. Parts of the farm buildings are converted to a Visitor Centre.

Water source; Springs in the foothills of Lochnagar.

3 Oregon pine washbacks. With a fermentation times of  70 hours and 110 hours.

Matured in American oak bourbon and European sherry casks stored on site in the one warehouse or at the Glenlossie distillery.

The Royal Lochnagar core range is a 12 year old and Selected Reserve. 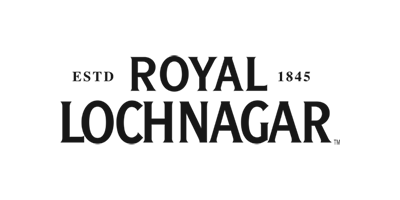 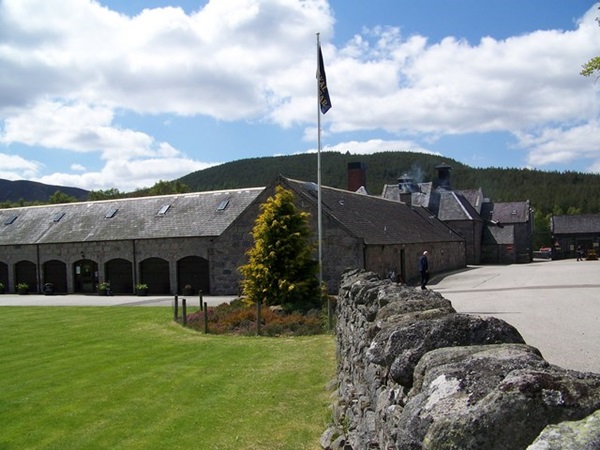 Take a tour of the Royal Lochnagar distillery

The Royal Lochnagar distillery visitors centre is well worth a visit and regularly run guided tours of the distillery throughout the course of the day.

Our Royal Lochnagar Whisky Range - In stock and available to buy