Scapa whisky distillery produces an Island region malt whisky. Located on the main Orkney Island to the South-West of Kirkwall by the Lingro Burn.

With periods of distillery inactivity there are old and rare discontinued whiskys sought out by collectors.

How the Scapa story began

Scapa whisky distillery founded in 1885 by Macfarlane & Townsend with John Townsend in control of running the distillery. John Townsend later continued alone and also became a director of the Linkwood Distillery.

During 1886, Scapa whisky distillery was visited by Alfred Barnard who praised the distillery for its advanced design for the time. His report talked of steam-heated stills with anti-collapse valves, devices that are now universally fitted to stills.

In 1919 Townsend was succeeded by the Scapa Distillery Company Ltd. However, the company went into voluntary liquidation in 1934.

Production was resumed in 1936 when the distillery was acquired by Bloch Brothers Ltd (John & Sir Maurice).

Also the owner of Glen Scotia Distillery in Campbeltown and Glengyle. The brothers used Scapa in their blend of Ambassador Scotch whisky.

Bloch Bros. sold Scapa in 1954 to Hiram Walker, which disposed of Glen Scotia to A. Gillies & Co. Ltd, and licensed Scapa to its subsidiary company Taylor & Ferguson Ltd.

In 1959 the Scapa distillery underwent  a comprehensive rebuilding.

The wash still was replaced by a Lomond still, a cylindrical pot still surmounted by a water jacket which could control the degree of reflux, an invention of one of Walker’s employees.

Two of the original Victorian warehouses and the waterwheel that powered the distillery survived the rebuild.

The distillery is modernised in 1978. (no details).

In 1994 the distillery was mothballed. Part time production for a couple of months each year resume in 1997, using staff from Highland Park distillery.

The distillery was in danger of closure in 2000. However the owners Allied Domecq decide to refurbish the distillery at a cost of 2.1 million.

Becomes under Perno Richard ownership in 2005. Putting the distillery under the control of the Chivas Brothers section of Perno Richard.

The distillery resumes a 3-4 days a week production.

In 2015 the visitor centre is opened and the distillery increases production to 7 days a week.

Founded in 1885 by Macfarlane & Townsend.

8 Washbacks, 4 made of Corten Steel, 4 made of Stainless Steel.
Fermentation time 52 hours.

1 Lomond pattern wash still, 1 of only 2 surviving Lomonds. Although the plates inside the still have been removed.

Matured in American oak bourbon casks in on site in 3 traditional dunnage and 3 rack warehouses.

The Scapa distillery has had a long term partnership with independent bottlers Gordon & MacPhail who releases vintages of Scapa malt whiskies under their Distillery Labels collection.

With periods of distillery inactivity there are old and rare discontinued whiskys sought out by collectors. 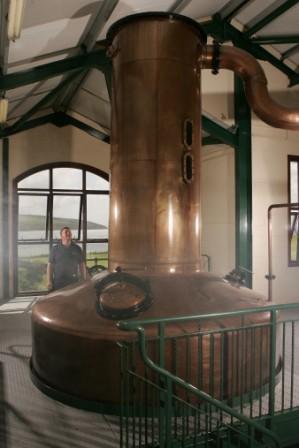 Take a tour of the Scapa distillery

The Scapa distillery visitors centre is well worth a visit and regularly run guided tours of the distillery throughout the course of the day. A number of the tours include tasting sessions where you can sample some of the drams they have to offer. 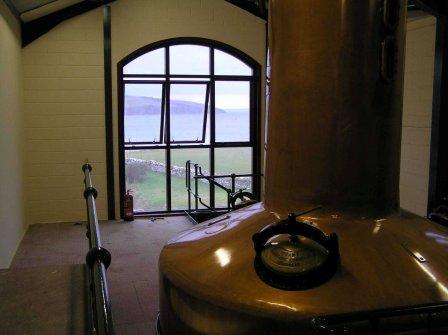 Our The Scapa Whisky Range - In stock and available to buy