Speyburn whisky distillery is located in the famous Speyside region of the Scottish Highlands.

The Speyburn (spey-burn) Distillery is situated in a valley less than a mile north of the Scottish town of Rothes.

There is a timeless feel with an air of serenity, the type of place where whisky was meant to be made.

How the Speyburn story began

In 1897 saw the Speyburn whisky distillery established by John Hopkin & Co. Consisting of brothers John and Edward Hopkin with their cousin Edward Broughton also owned the Tobermory distillery at the time.

The distillery itself has a compact layout, due mainly to the geography of the land. Charles Doig, designed the distillery using height as opposed to width. The total building cost came in at £17,000 = £14.04 million at today’s values.

To make sure that whisky was distilled in the jubilee year, men worked through the night in a heavy snow storm in a still house without windows, managing to bond one single butt of 1897 Speyburn.

In 1916 John Hopkin & Co is bought by the Distillers Company Ltd (DCL).

DCL transfers the distillery to Scottish Malt Distillers (SMD) in 1962.

Six years later the distillery’s own maltings are stopped.

Very little changed over the 100 years up until 2014.  With most of the original features still intact – indeed were still being used, although the maltings were no longer in production since 1968.

Then the owners started a £4 million expansion project finished in 2015.

Speyburn is the only distillery to use the fresh spring water of the Granty Burn, one of the major tributaries of the River Spey.

It is this soft Speyside water that is acknowledged as a distinctive characteristic in the unique flavour and bouquet of this classic single malt.

1 wash still with a shell and tube condenser.

80% of Speyburn malt whisky is tankered away to be filled at Inverhouse’s headquarters at Airdrie.

The remaining spirit is filled into casks and stored in the remaining warehouse for single malt use.

This warehouse is fitted out on two floors and use wooden rails and tables to store casks two and three high.

The Speyburn is a light delicate Malt Whisky. With tones of Green apples, honey, lemon and floral vanilla spices. 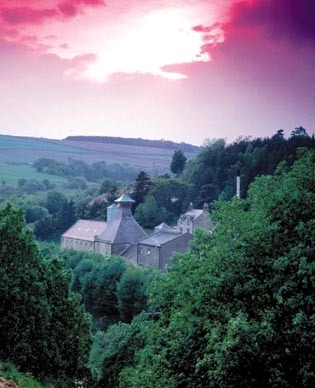 
No visitor facilities at the Speyburn Distillery 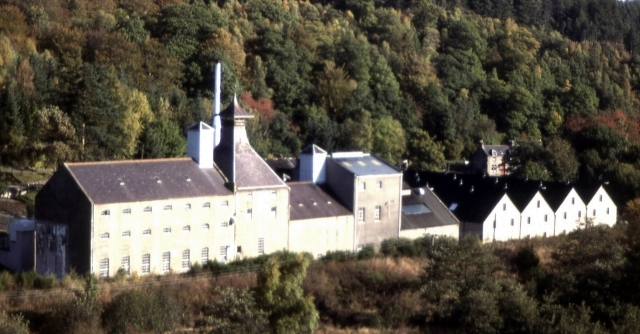 Our Speyburn Whisky Range - In stock and available to buy