Talisker whisky distillery is the only one on the Isle of Skye. Talisker (tal-iss-kur) takes its name from a farm near the village of Carbost.

The Talisker Single malt house style is a coastal maritime whisky and can be quite smokey and phenolic. With the use of port casks the single malt whisky can become rich spicy peaty whisky.

Hugh and Kenneth MacAskill, brothers originating from the Isle of Eigg, built the distillery in 1830. Hugh was a senior tenant farmer, who leased land to others and had acquired the lease of Talisker House.

The lease is transferred to the North  of Scotland Bank in 1848, who appoint Jack Westland to run the distillery.

Kenneth MacAskill passes away in 1854.

Three years later the North  of Scotland Bank sells the Talisker distillery to Donald MacLennan for £500.

Donald MacLennan struggles with making the distillery viable and offers it up for sale in 1863.

Two years on Donald MacLennan appoints John Anderson as an agent based in Glasgow. His company Anderson & Co take over the distillery in 1867.

In 1879 John Anderson is imprisoned for fraud. Selling non existing barrels of whisky.

The partnership of Roderick Kemp, a wine and spirits merchant and Grigor Allan the Procurator Fiscal of Morayshire, introduced significant sums of money in rebuilding and refitting the Talisker whisky distillery between 1880 and 1887.

At the time the Talisker whisky had gained a reputation for itself. The famous Scottish writer Robert Louis Stevenson mentioned Talisker in a poem, ‘The Scotsman’s Return from Abroad’ in 1880,

The king o’ drinks, as I conceive it,

In 1898 Talisker merged with Dailuaine to form the Dailuaine-Talisker Distilleries Ltd. This company invested heavily into the distillery by extending the premises at Talisker, They built a pier with a tramway to link it to the distillery and provided houses to accommodate the employees and excise officer.

In November 1960 a simple lapse of concentration led to the leaving open of a valve on the No. 1 spirit still, which was at the time coal-fired.

As the spirit in the still reached boiling point a disastrous spill over occurred allowing spirit to reach the flames below. The resulting fire burned down the stillroom.

The distillery was rebuilt meticulously around exact copies of the old stills. Reopening in 1962.

The distillery’s  floor maltings were demolished in 1972.

The Talisker distillery is partly refitted with a new stainless steel mash tun and five new worm tubs are fitted in 1998.

In 2014 the distillery installed a new cooling system of using sea water to cool the spirit in the worm tubs.

Founded in 1830 by Hugh and Kenneth MacAskill.

Location; Island region.  Carbost on the isle of Skye.

3 spirit stills, all 5 are connected to the wooden worm tubs. 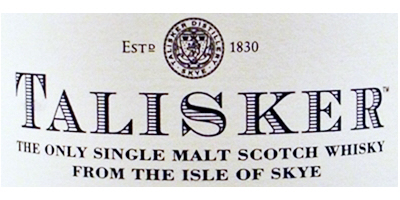 Take a tour of the Talisker Whisky Distillery

The Talisker Whisky Distillery visitors centre is well worth a visit and regularly run guided tours of the distillery throughout the course of the day. A number of the tours include tasting sessions where you can sample some of the drams they have to offer.

Click here for more information on the Talisker visitors centre 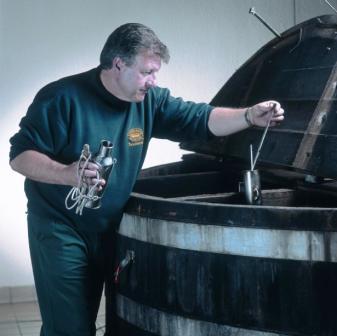 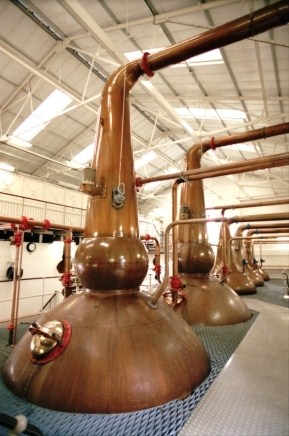 Our Talisker Whisky Range - In stock and available to buy