Tamdhu whisky distillery is located in the heart of the Speyside whisky region in the Scottish Highlands.

Located 20 miles south of Elgin where the Knockando burn flows in to the river Spey. Tamdhu (tam-doo) means “little dark hill” in Gaelic.

The Tamdu distillery house style is a rich and fruity malt whisky.

How the Tamdhu story began

In 1896, William Grant (Glenrothes) director of Highland Distilleries Co Ltd, purchased land beside the Knockando Burn, Moray, on which to build a whisky distillery.

By October of the same year, Grant had raised  £19,200 (£1.77 million)  in capital from 15 partners including Robertson & Baxter, to fund his new venture. The Tamdhu-Glenlivet distillery,

Designed by the renowned distillery architect Charles Doig of Elgin The distillery was commissioned in the summer of 1897 with George Reid as manager.

In spite of disputes over water sources, by June 1898 the distillery had produced 214,476 gallons of good quality malt whisky.

With the merger the distillery was kept under tight financial and quality control of Highland Distilleries Co Ltd. Which placed emphasis on consistent quality control and by 1906; the whisky had been perfected to the satisfaction of James Robertson of Robertson & Baxter Ltd.

The distillery was closed for the 1911 and 1912 whisky distilling seasons due to the decline in demand then reopening output again until 1925.

In 1928, Tamdhu fell silent again, this time reopening in 1947. In the post-war period the whisky built up a strong reputation amongst blenders

During 1951 Saladin Maltings system was introduced.

The number of Stills increased from 2 to 4 during 1972, in the same year the distillery was incorporated as Tamdhu-Glenlivit Ltd as a subsidiary of Highland Distilleries Co Ltd.

The number of stills was expanded again, this time to 6 in 1975, the following year Tamdhu 8 year old was launched as a Single Malt.

In 1988, the company became known as Tamdhu Distillery Co Ltd.

Four years later the distillery is mothballed in 2009. The Sadolin maltings are stopped.

The Edrington group sells the distillery to Ian Macleod Distillers in 2011. The distillery resumes production the following year.

The heating system for the stills is converted from oil to gas fired in March 2016.

The whisky produced is a major component of Famous Grouse.

Founded in 1896 by William Grant and partners.

The Tamdu distillery house style is a rich and fruity malt whisky.

The Speyside Way follows a railway trackbed past the Tamdhu whisky distillery. 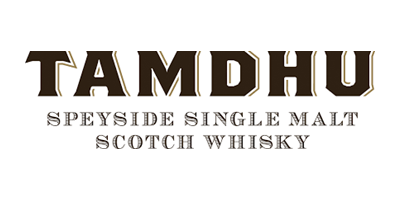 No visitor facilities at the Tamdhu distillery

Our Tamdhu Whisky Range - In stock and available to buy