Tomatin whisky distillery is located in the Highland whisky region of the Scottish Highlands. Just 16 miles south of Inverness on the A9 is the village of Tomatin (to-mat-in) created by the distillery.

The Tomatin distillery produces a soft fruity creamy malt whisky. The use of sherry and port cask for finishing leads to a richer fruity style to its malt whiskies.

How the Tomatin story began

Tomatin Whisky Distillery established by the Tomatin Spey District Distillery Co Ltd. Located about 16 miles south-east of Inverness at an elevation of 1028 feet, it is one of the highest distilleries in Scotland.

The distillery draws its water from Allt-na-Frithe burn. Tomatin is Gaelic for “the hill of the juniper bushes”.

As a result of the downturn in the whisky market at the start of the 1900’s, the Tomatin distillery went into liquidation in 1906.

However restarted in 1909 as the New Tomatin Distillers Co.

The distillery was successful in the post war period and underwent a twenty year expansion program starting in 1956. The number of stills were doubled to 4.

At the time this made Tomatin the largest malt distillery in Scotland, with production as high as 5 million gallons per annum. (More than 12 million litres of alcohol).

Due to the decline in the whisky market during the early 1980’s the Company went into receivership during 1985.

However, in 1986 the distillery was bought by the Japanese firms of Takara Schuzo Co and Okura & Co, thus becoming the first Scotch whisky distillery to be wholly owned by a Japanese company.

1995 saw the acquisition of J & W Hardie Ltd and the Antiquary brand from United Distillers.

Today J & W Hardie acts as the brand export company for Tomatin, dealing with the production, logistics, sales and marketing of the branded bottled goods. J & W Hardie is also the owner of the Talisman Finest Blended Scotch Whisky Brand.

The malt whisky produced mostly goes for blending some exported in bulk. The whisky is used in The Antiquary, Talisman, Big T Blends

Founded in 1897 by the Tomatin Spey District Distillery Co Ltd.

6 spirit stills with boil balls in their necks

Matured in American oak bourbon casks with some sherry butts.

Own cooperage on site to maintain the barrels.

The Tomatin distillery produces a soft fruity creamy malt whisky. The use of sherry and port cask for finishing leads to a richer fruity style to its malt whiskies. 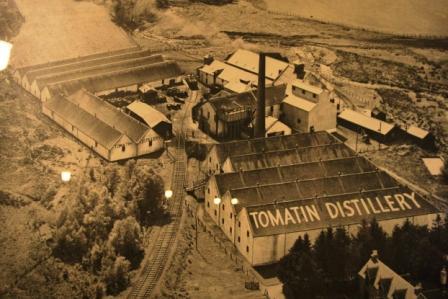 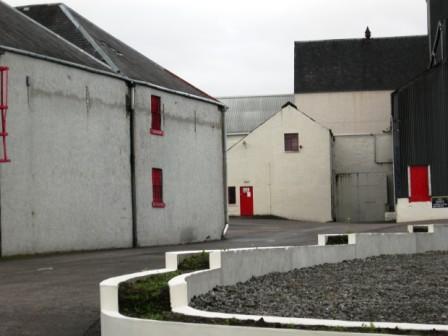 Take a tour of the Tomatin whisky distillery.

The Tomatin whisky distillery visitors centre is well worth a visit and regularly run guided tours of the distillery throughout the course of the day. A number of the tours include tasting sessions where you can sample some of the drams they have to offer.

Click here for more information on the Tomatin visitors centre 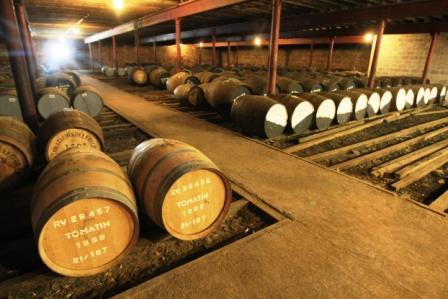 Our Tomatin Whisky Range - In stock and available to buy