Wolfburn Whisky Distillery, just outside Thurso,  is now the most northerly mainland distillery in Scotland. Thus replacing the Pulteney Distillery at Wick with the acolade.

This northern Highland region malt whisky is distilled only 350 yards from the ruins of the origional Wolfburn (wolf-burn) distillery.

Because the Wolfburn distillery is relitively small. Single malt releases are in small batchs. The distillery style can be seen as a coastal maritime whisky. Whilst the Aurora release comes from a sherry oak cask for a rich and fruity whisky.

How the Wolfburn story began

The original Wolfburn distillery was located next to the Wolf Burn, about 1 ½ miles to the west of the town of Thurso, Caithness. Founded in 1821 by a William Smith.

It is thought to have ceased production during the 1850s, although the exact date is a matter of debate.

The distillery appears on the first Ordnance Survey map of the area, dated 1872, marked as a ruin.

The reasons for its demise are unclear – very little remains of the original distillery and there are no known photographs.

The distillery was of considerable size for its day and ran as a successful commercial enterprise for several decades, being handed down through several generations of the Smith family.

However, records of its annual production volumes of whisky can be found in tax returns, which show it producing 28,056 “Total Gallons of Proof Spirit” during 1826 (roughly 125,000 litres) – making it the biggest distillery in Caithness at the time.

In May 2011 a field study was made to locate the site of the old Wolfburn distillery. After 150 years of neglect there was a barely discernible pile of stones.

However, the one thing remained from the yesteryears of Wolfburn distillery; the water. The cold clear waters that fed the mash tun and stills all those years ago were still flowing just as they always had.

A short distance downstream from the old site, an area of flat land carpeted with thistles was selected.

During early 2012 plans were drawn up and lodged with the Highland Council. Granted in June

The purchase of the land was finalized in May 2012 and the first ground was broken a few months later in early August.

By the end of September the structures of the new buildings were beginning to take shape.

These became ready in November that same year, as Forsyths arrived and began to breathe life into the buildings.

The new Wolfburn distillery was proudly commissioned in the New Year, and on the 25th January 2013 new spirit started to flow.

The first Wolfburn single malt whisky was released in March 2016.

Since going back on spirit at Wolfburn in early 2013 they continue to distill, mature and bottle on site in Thurso.

Two on site modern dunnage warehouses plus its own bottling plant.

The distillery style can be seen as a coastal maritime whisky. Whilst the Aurora release comes from a sherry oak cask for a rich and fruity whisky.

The wolf motif is based on a drawing by Konrad Gesner, the 16th century linguist and zoologist, and is said to be of a sea wolf. That lives on both land and sea, which if spotted brings good fortune to all that see. 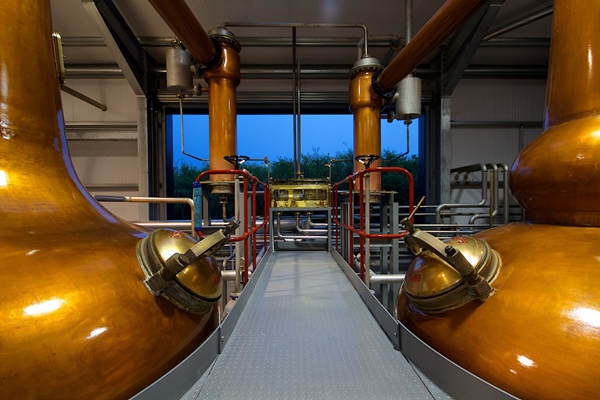 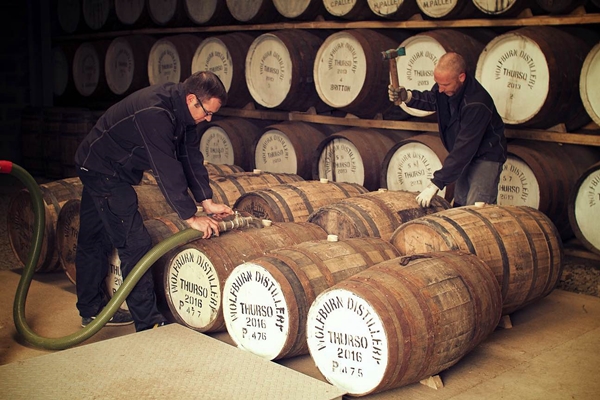 No visitor facilities at the Wolfburn Whisky Distillery. However tours can be arranged by appointment. 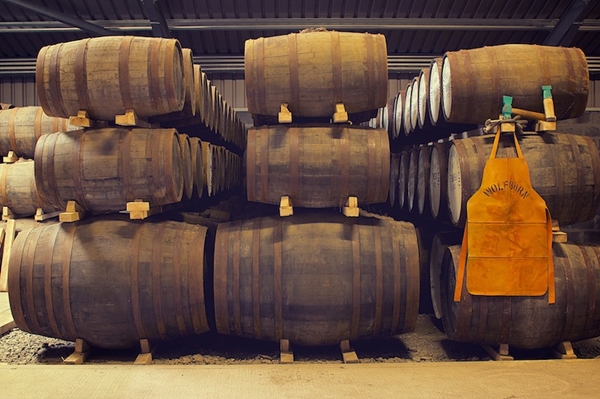 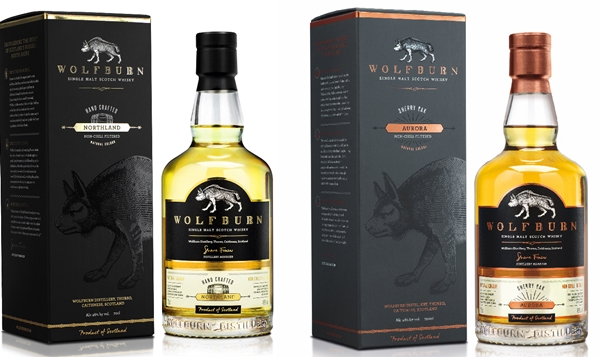 Our Wolfburn Whisky Range - In stock and available to buy