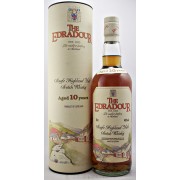 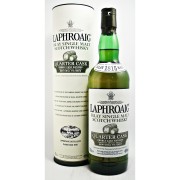 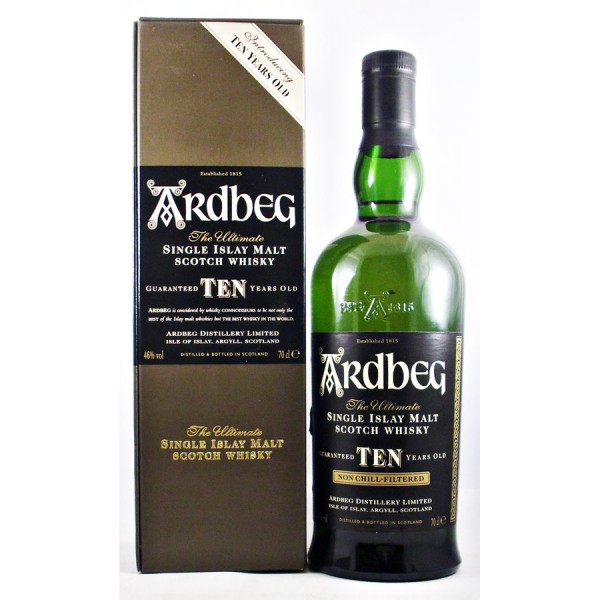 A very rare bottling of Ardbeg 10 year old Single Malt Scotch whisky released at the turn of the century.

The first release after the distillery reopened in 1997. To mark the Ardbeg 1o year old return to the market.

The ” Introducing Ten Years Old” was a corner flash on the box.

Whilst the then owners Allied distillers decided what to do with the distillery. It was re-opened in 1990 but only operated up to 6 weeks of the year from 1991 until 1996 when the distillery closed again…for good.

In 1997 the Glenmorangie company bought the distillery and all its stock, re-starting distillation in earnest in 1998.

Bringing much needed stability and expertise in maturation particularly. In effect they had resurrected a slumbering beast.