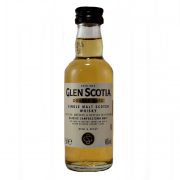 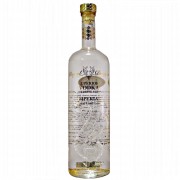 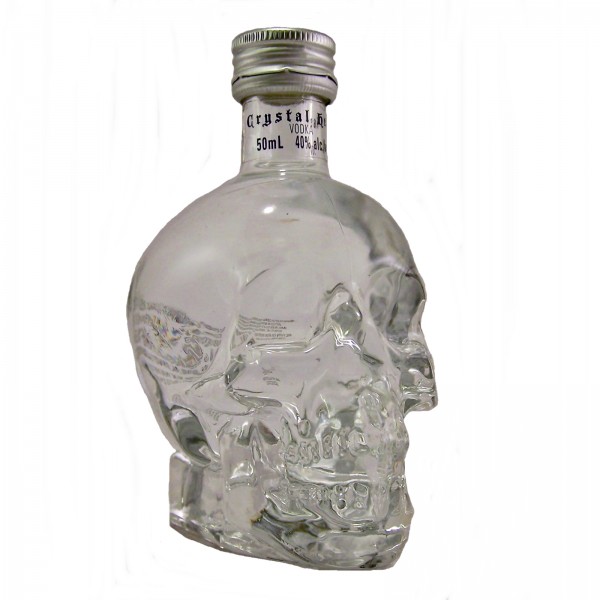 in a miniature skull shaped bottle

Crystal Head Miniature Vodka in a skull shaped bottle containing Canadian Vodka.
Peaches and cream sweetcorn is distilled four times into a natural grain spirit, before being blended with pristine Newfoundland water.
The liquid is then filtered seven times, three of which are through layers of semi-precious crystals, known as Herkimer Diamonds.
This miniature version of the distinct skull shaped bottle, made by Bruni Glass in Italy, was designed for the actor Dan Aykroyd.
Dan Aykroyd and John Alexander wanted to craft a vessel worthy of one of the world’s purest vodkas. A symbol of life, reflecting power and enlightenment, to hold their award-winning white spirit of super natural purity.
Crystal Head contains no additives. No glycerol, citrus oils or sugars. Nothing is added to enhance or mask the taste.