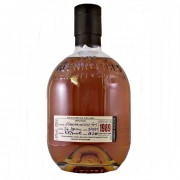 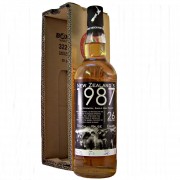 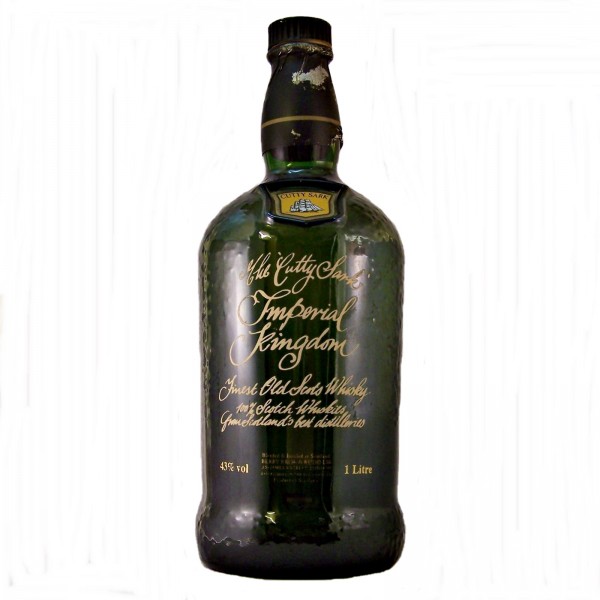 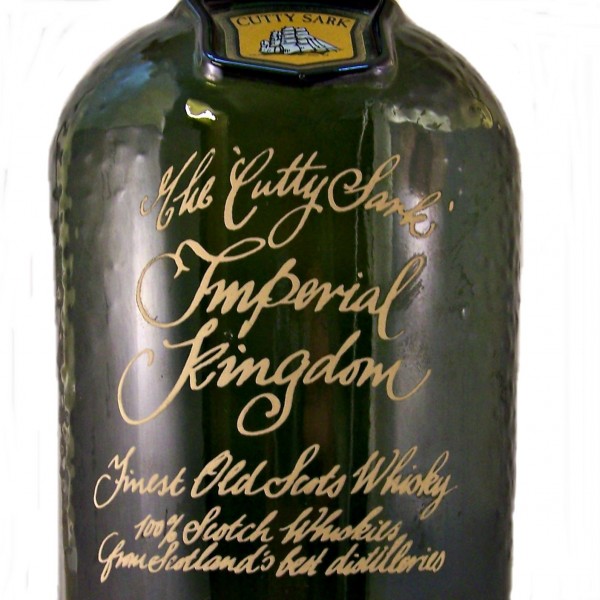 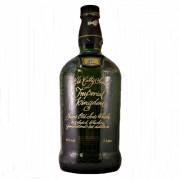 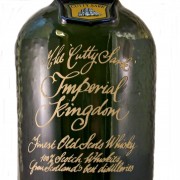 Cutty Sark Imperial Kingdom is a discontinued blended Scotch whisky bottled by Berry Brothers and Rudd.
To commemorate the closure of the Imperial Single Malt Whisky Distillery in 1998.

The origins of the company can be traced back to it foundation in 1698 by the widow Bourne. Through various marriages and descendants the “Berrys” name comes to the fore in 1810.
In 1854, George Berry died, and was succeeded by two of his sons, George and Henry. The style of “Berry Brothers” thus came into being and remained almost unchanged for almost ninety years.
After the Great War a Hugh Rudd joined the company leading to the full partnership Berry Brothers and Rudd that is still in use today.

In 1923 the company created Cutty Sark Scots’ Whisky; this was the first naturally coloured Scotch.
Seated round a table at lunch discussing whisky were the partners together with James McBey, the well-known Scottish artist. Berrys was already selling their own brands of Scotch Whisky to customers at home, and just a little had been sold before the war to private customers in the U.S.A.
There were signs that the disastrous experiment of Prohibition would not last forever and they now sought a new and different blend for the export trade.

Like his cousin Walter, Francis Berry was an authority on fine Cognac and he supported the suggestion that they should choose a blend made up from only the very finest and most delicate whiskies. It would be bottled at its natural pale colour to avoid the danger of the caramel colouring masking or destroying the gentle and crisp flavour which they enjoyed so much – but which was far away from the fashionable idea of dark, heavy and oily Scotch whisky.

All the new Scotch whisky blend lacked was a name and a symbol. At the time, the famous clipper ship “Cutty Sark” was much in the news as she had just returned to England after many years trading under the Portuguese flag. McBey, who was a keen sailor, suggested that this would be an admirable name for the new whisky. Appropriate too, for nothing could seem more Scottish, the name being taken from Robert Burns’ “Tam O’Shanter” (Cutty Sark means “short shift” or “the abbreviated chemise of a winsome wench”).

McBey also volunteered to design the label which remains today almost exactly as he originally drew it, even to the hand-drawn lettering and the use of the correct descriptive word “Scots” rather than the Sassenach’s “Scotch”. Only the colour of the label is different. McBey had suggested a creamy shade to imply age. The printers, by accident, used a bright yellow so striking in its effect that the partners decided to keep it.

Cutty Sark Imperial Kingdom in its way celebrates  this heritage.