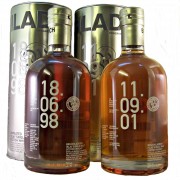 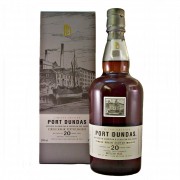 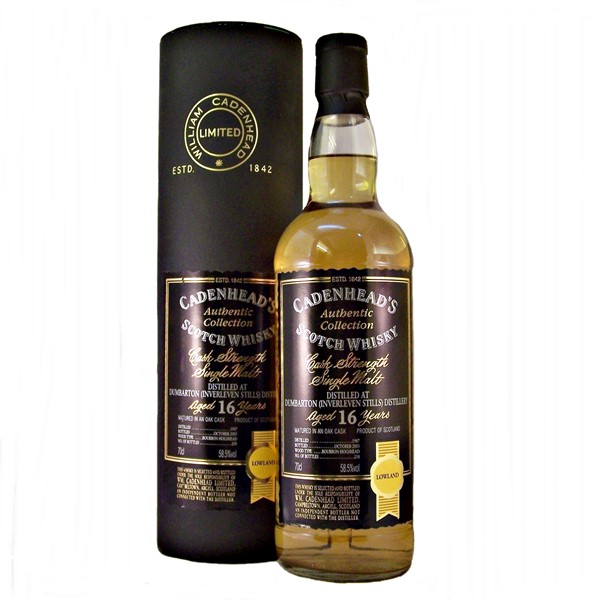 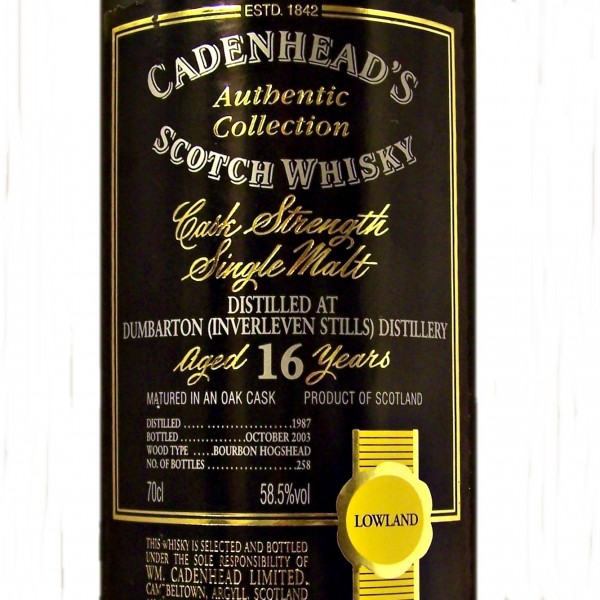 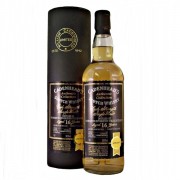 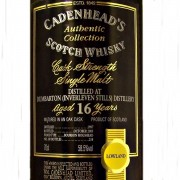 A very rare bottling of Dumbarton Inverleven Stills Single Malt Whisky aged 16 years and bottled by Cadenhead’s as part of their Authentic Collection.

The Inverleven was a distillery within a distillery constructed as part of the Dumbarton Grain Distillery (1938) by Hiram Walker & Sons Ltd and operated under license by George Ballantine & Son Ltd.

The malt whisky is classified as a Lowlander whisky despite the fact that the distillery straddles the old political Highland line.

Situated next to the column still buildings producing  grain whisky. There were two pot still houses that produced the malt whisky.  The first building with a conventional pair of pot stills set up for producing Inverleven.

In the second building  a Lomond still with rectifiers,  installed in 1959, that produced the ‘Lomond’ malt.

Both malt still houses closed in 1991. The Dumbarton grain distillery closed in 2002.