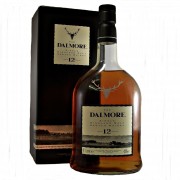 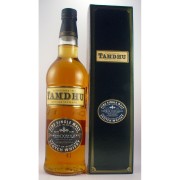 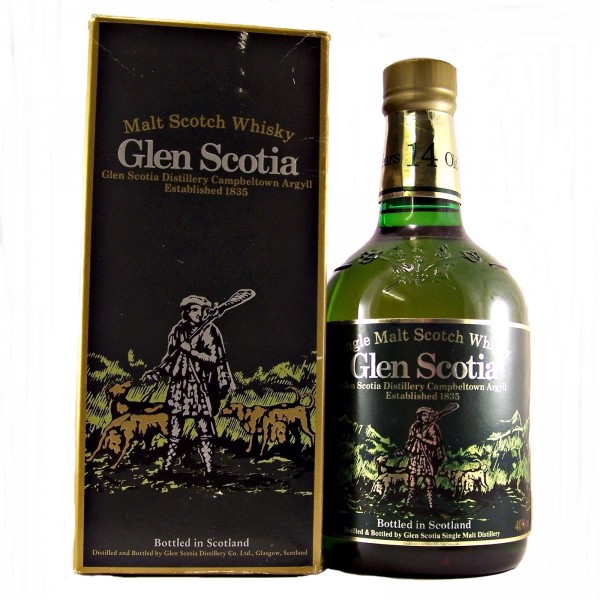 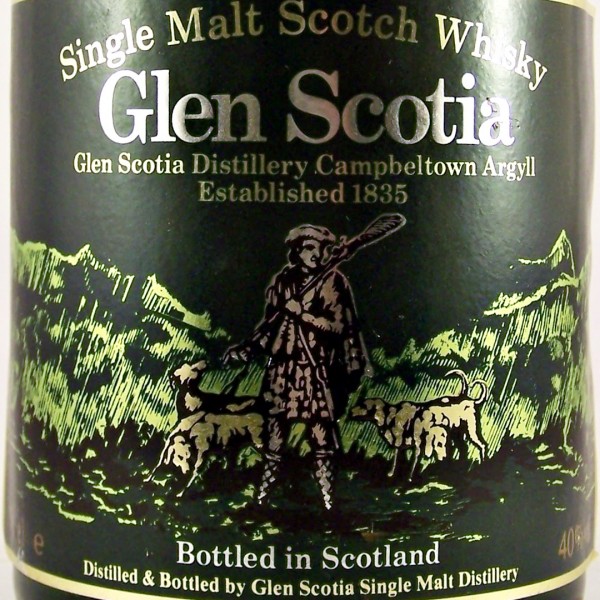 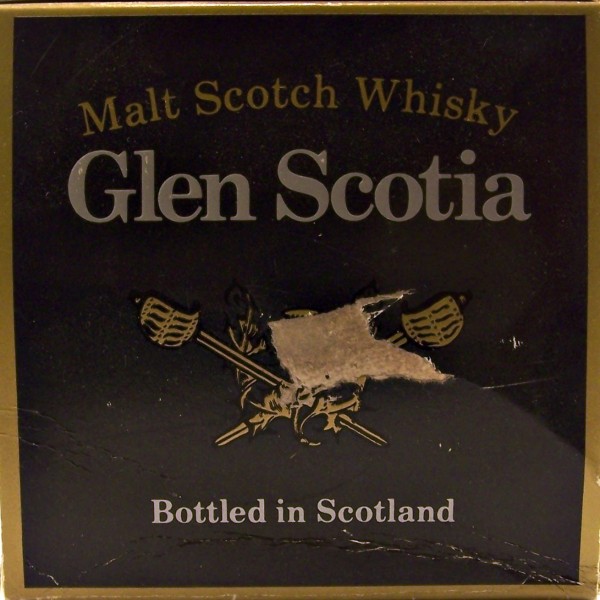 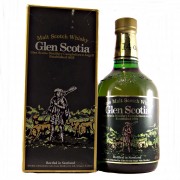 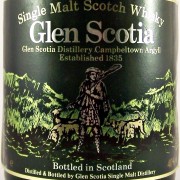 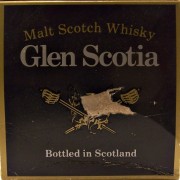 The bottle is in perfect condition. However. there is some scuffing to the front and top of the box (as shown in pictures).

Founded in 1832 by Stewart Galbraith under the name of Scotia Distillery. Glen Scotia as it now known, was one of the last two surviving Campbeltown distilleries during the 1925-2000 period. A Third  Campbeltown distillery Glengyle went in to production in 2003, calling its whisky Killkerran.

Reported to be haunted by a previous owner. Duncan MacCallum bought the distillery in 1924. Evidently he committed suicide by drowning himself in Campbeltown Loch in 1930 after discovering swindlers had tricked him out of a large sum of money.

1954 saw the distillery acquired by Hiram Walker who in 1955 sold it on to A. Gillies & Co which became part of Amalgamated Distilled Products Ltd in 1970

Between 1979 and 1982, £1 million spent upgrading the distillery only to close again in 1984.
Reopened by Gibson International in 1989 however they then went into receivership later that year.

The distillery acquired from receivership in 1994 by Glen Catrine and mothballed until 1996 when some distillation restarted.