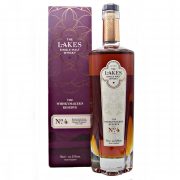 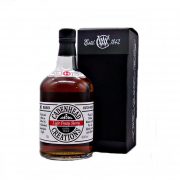 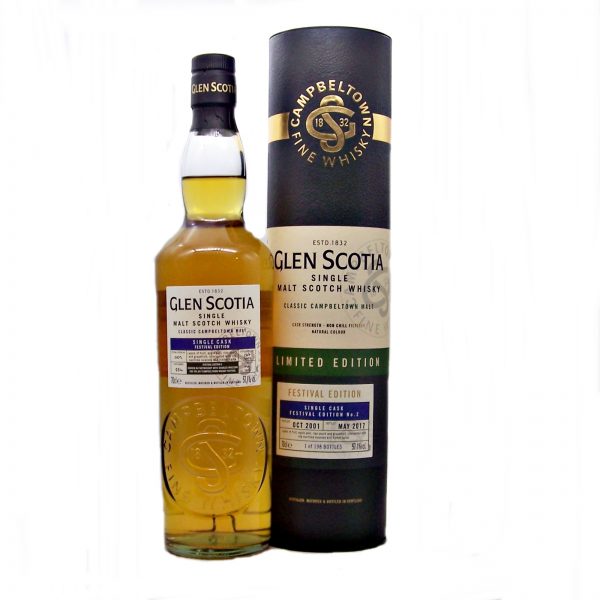 This Glen Scotia 2001 Campbeltown Malts Festival 2017 Limited Edition release is Signed on the tube and bottle  by Charles MacLean.

Festival Edition 2 was chosen in partnership with Charles MacLean for the 2017 Campbeltown Whisky Festival.

Bottled at natural cask strength of 57.1% from a single cask number 554

Founded in 1832 by Stewart Galbraith under the name of Scotia Distillery.

Location, Campbeltown.
Water, Source from wells below the distillery.