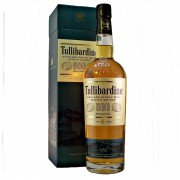 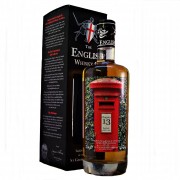 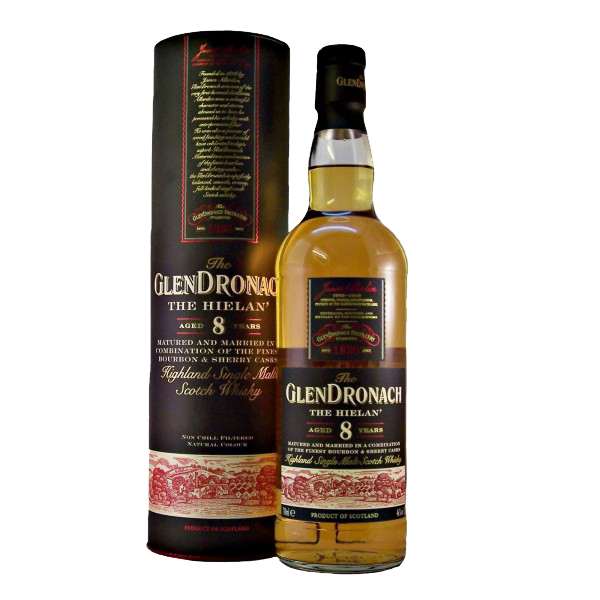 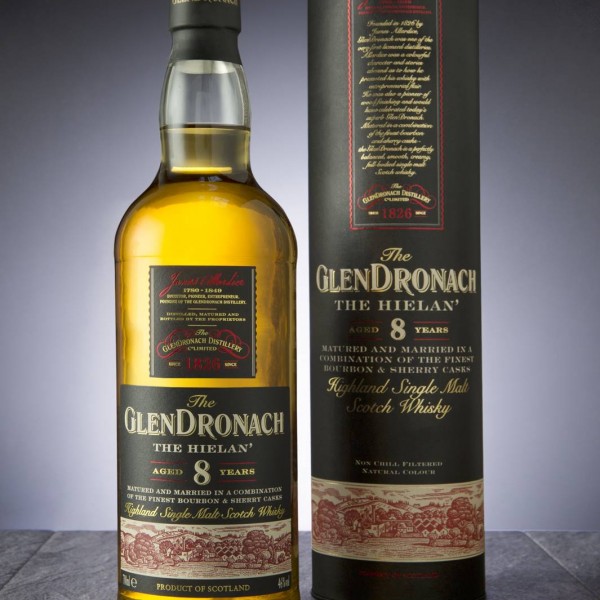 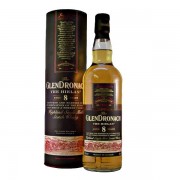 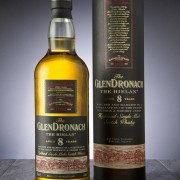 4 out of 5
1 customer review|Add a review

The Hielan, Highland in the local Doric dialect, is an exceptional 8 year old single malt whisky.
A new  addition to the Glendronach whisky range.

The 8 year old Hielan is a remarkable whiskey  Matured and married in a combination of Bourbon and Sherry Casks that give it the rich fruity taste we have come to expect from the Glendronach Distillery.

All be it a new edition this whiskey has already won major awards, it achieved  the  Silver Outstanding award at the

On the nose: Rounded waves of orange blossom and a citrus twist flow over buttery, golden sultanas, sundried raisins and ripe yellow plums; all dusted with a touch of vanilla.

Its sweet, creamy taste and classic sherry signature tell you immediately it is a fine Glendronach, a rich and immensely satisfying dram which delivers in the mouth exactly what it promises on the nose.

The Glendronach distillery is set among the gentle rolling countryside of the Forgue Valley in Aberdeenshire’s ‘castle country’. The area was ideal for the illicit distilling that had taken place for many years prior to 1826.

Aware of the problems caused by this un-regulated distilling, The 5th Duke of Gordon persuaded the London government that fair licensing was the best way to beat whisky smuggling. The 1823 Excise Act was a direct result of his rational approach to the problem.

James Allardes and a consortium of farmers and businessmen founded the distillery in 1826. The distillery suffers major fire damage in 1837.

In 1920 Captain Charles Grant, son of William Grant the founder of Glenfiddich and Balvenie distilleries, purchased  the GlenDronach for £9,000.00, where it remained  in the Grant family ownership until it was sold to William Teachers & Sons Ltd in 1960.

During 1996 the distillery was mothballed by Allied until 2002 when they brought it back into production.

In 2005 Allied Domecq  was taken over by Pernod Ricard and the distillery was passed to Chivas Brothers. Who converted the stills to steam coils instead of the original coal fire heat.

Time never stands still and whilst the stewardship of GlenDronach has changed hands the commitment and practices of the distillery stand the test of time.

Now under independent ownership, GlenDronach has the freedom to rekindle the reputation of GlenDronach as the distiller of richly sherried single malt whiskies of inimitable and individual character.

April 2008 saw the famous 12 year, 15 year and 18 year-olds re-launched, creating the GlenDronach Core Range. Since then, GlenDronach have developed their whisky portfolio with some interesting wood finishes, excellent single cask bottlings and fantastic additions to the core range.

Today there are perhaps only 2 distilleries that can truly be classified as ‘sherry maturation’ houses and only one The GlenDronach distillery where 100% of the single malt sold still enjoys its primary maturation exclusively in sherry casks.