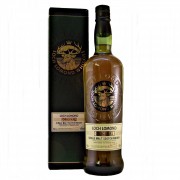 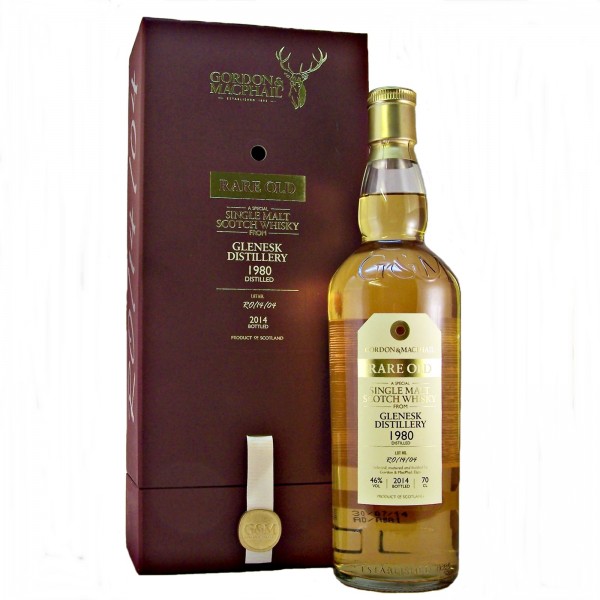 From the closed and now  demolished distillery of Glenesk, this 1980 distillation was bottled in 2014.

Founder  James Isles a Dundee wine merchant in 1897.
With various periods of in and out of distillation including conversion to grain whisky then back to malt, it was finally moth balled in 1985 and the license cancelled in 1992. Never to return.

Location Highland region eastern district.
About 3 miles north  of Montrose, the water source was the North Esk River.
On the site of former flax mill the distillery was originally named ‘Highland Esk Distillery’.

The Glenesk distillery over its history has been known by several other names; Highland Esk, North Esk, Hillside and Montrose.

After the war, in 1919, Thomas Bernard & Co acquired the premises; they worked the maltings whilst the distillery remained silent until 1938.

At some point in 1954 the distillery was sold to Distillers Company Ltd (DCL), which made use of the warehouses and maltings only.

Ten years later in 1964 control was moved to Scottish Malt Distillers (SMD) and the distillery reverted back to producing Malt Whisky this time under the name of ‘Hillside’ was an important contributor to Vat 69 blend.

In 1968 large drum maltings were installed to supply the distillery with malt and to other SMD operations.  The name was changed to Glenesk Distillery and Maltings in 1980

The final owners, Diageo have bottled it under the Flora & Fauna Label and as Hillside under the Rare Malts Selection.