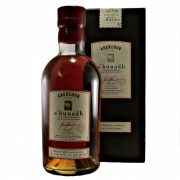 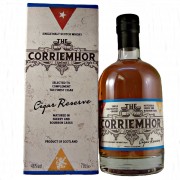 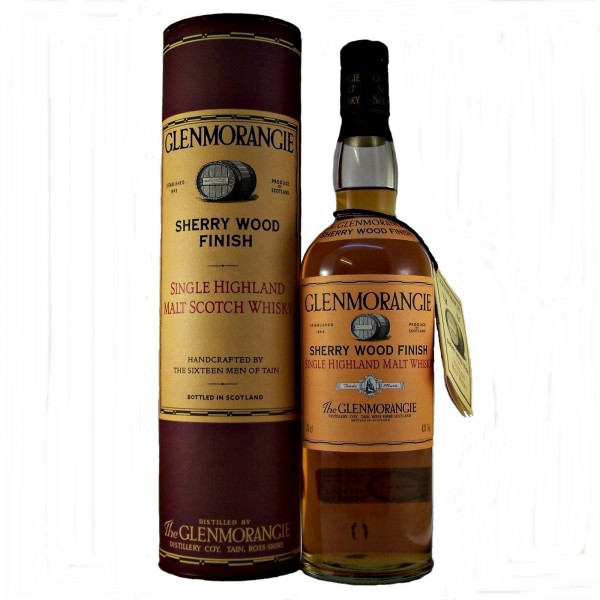 With the addition of water, citric fruits emerge with traces of nuts.

The overall impression is fresh with a layer of honey-comb in the background. After a few moments the nuts become stronger and the scent is now sweeter with a vanilla and caramel.

The winey aroma noted earlier becomes increasingly sherried, but not overpoweringly so.

Taste: Full-bodied, even and creamy. This malt has a subdued, sweet flavour at the outset and finishes light and dry. Sherry and nuts are now apparent in the flavour and these produce a pleasant, warm, long lasting after-taste.

Finish:- A full-bodied malt whisky with a rich and fulfilling flavour which engages the whole palate.

Glenmorangie “wood finish” range ABV 43%
All Scotch Whisky is matured in oak casks and the nature and history of the cask greatly influences the flavour and character of the whisky.

For the  Glenmorangie distillery, the best casks are those that have previously held American bourbon. The bourbon seasons the wood, releases its natural sweetness and absorbs undesirable flavours, but does not smother the subtle flavour of the whisky.

This unique range of malt whiskies was initially matured in American oak casks for at least 10 years and then transferred into casks that have previously contained either Burgundy, Madeira, Port, Rum or Sherry, for a further period of maturation.