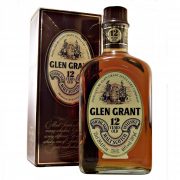 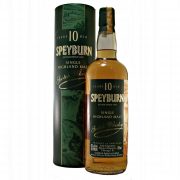 Some bumps, dents and corner tears to box

Old discontinued DUTY FREE EXPORT bottling of Johnnie Walker Swing we believe to be bottled in the 1980’s.

Blend Scotch Whisky inspired by the golden age of transatlantic travel.
Swing is presented in a uniquely shaped bottle that was designed to combat the problem of rough seas .
With convex base the decanter elegantly rocks in time with the waves.
Johnnie Walker Scotch Whisky History.
John Walker was born at Toddriggs Farm, Ayrshire, in 1805.

In 1820 he took over a grocery shop in Kilmarnock, which he successfully turned into a wine and spirit business. His son Alexander joined the firm in 1856. He persuaded his farther to enter the wholesale spirit trade that their first whisky appeared.

As a result, within 6 years the annual output of their blended whisky had reached 100,000 gallons.

While the famous square bottle was introduced in 1870 as a means of fitting more bottles in less space. Capturing a large share of the “English” market they opened a London office in 1880 and converted John Walker & Sons to a limited liability business in 1886.

Finally Alexander Walker’s three sons joined the company; the youngest Alec became the head of the company in 1889 on his father’s death. The following year his brother John went to Australia to open their Sydney office to reinforce their successes gained in various exhibitions where their whisky had taken major awards. –Sydney 1880 – Melbourne – 1881, Adelaide – 1887, Dunedin – 1890 and then Brisbane – 1897 still proclaimed on the lower part of the Red Label.

Agents were appointed in New Zealand and South Africa and then later in France, Egypt, China and the then Burma and Malaya as the global network grew.