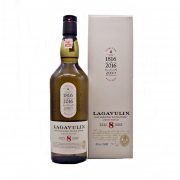 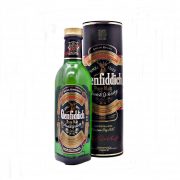 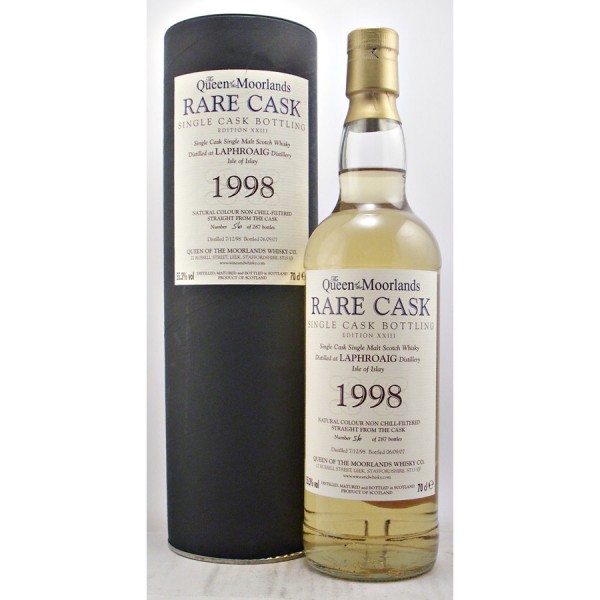 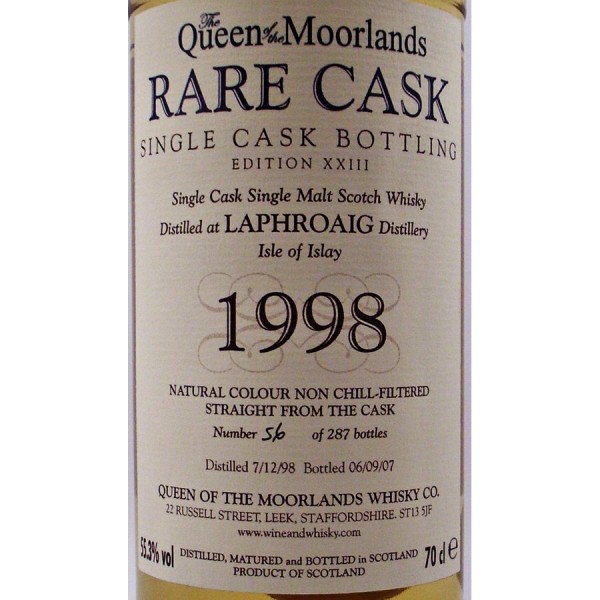 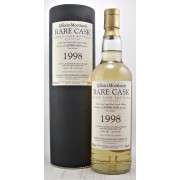 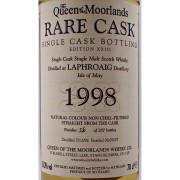 This rare discontinued Single Cask bottling of Laphroaig Single Malt Whisky bottled by The Queen of the Moorlands Whisky Co.

During 1836 the distillery became under the sole ownership of Donald Johnston. Unfortunately Donald died after tumbling into a vat of part-processed whisky in 1847.
His son Dugald was too young to take over so the distillery was temporarily leased to Walter Graham.