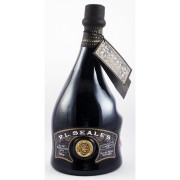 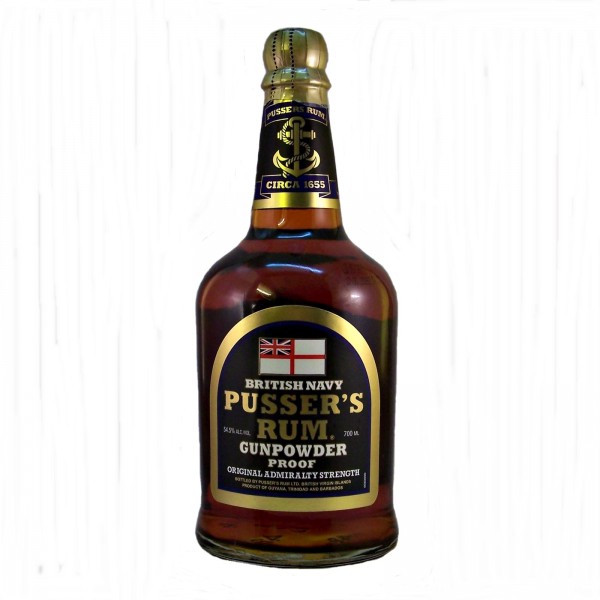 Pusser’s Rum bottled at the higher strength of 54.5%Abv, hence the “Gunpowder Proof”

Gunpowder Proof previously known as Pusser’s Blue is based on the original recipe Admiralty Strength of the British Navy.

Royal Navy sailors issued with a rum ration until 31 July 1970 which is consequently known as Black Tot Day.

A day that finally ended more than two centuries of Naval tradition.

Originally, sailors would check their rum had not been watered down by pouring it onto gunpowder and setting light to it. If the powder would still light, the rum was ‘proven’ to be over 57% alcohol – hence the use of the word ‘proof’

A dark powerfull rum made in Guyana. Trinidad and the British Virgin Isles. Caribbean Rum