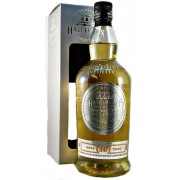 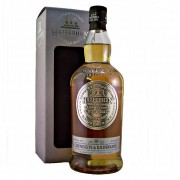 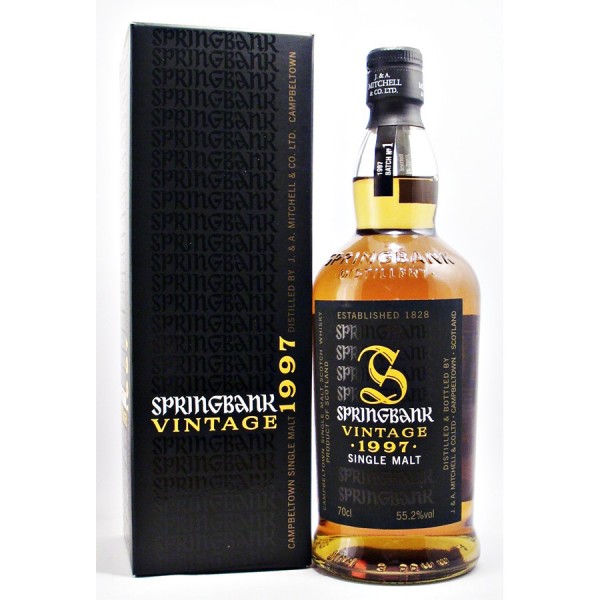 The most acclaimed and sort after first batch of 1997 vintage Springbank.

The Springbank Distillery is the oldest independent family owned distillery in Scotland. Founded in 1828 on the site of Archibald Mitchell’s illicit still.
It was Archibald’s sons, John and William who took out a licence and started distilling legally as J & W Mitchell.

The Springbank Distillery is now in the hands of his great great grand son, Hedley G. Wright.

Springbank.
The malt is dried for 6 hours over a peat fire. Then a further 24 hours over hot air. Distilled two and a half times.

Longrow.
By far the peatiest of Springbank’s whiskies,  first distilled in 1973.
The malt is dried for 48 hours over a peat fire. To give it its big smoky character. Double distilled.

Hazelburn.
The malt is dried over hot air only. No peat at all. Triple distilled.