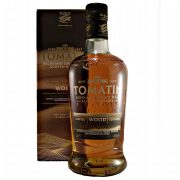 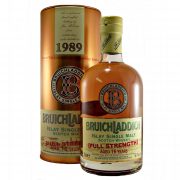 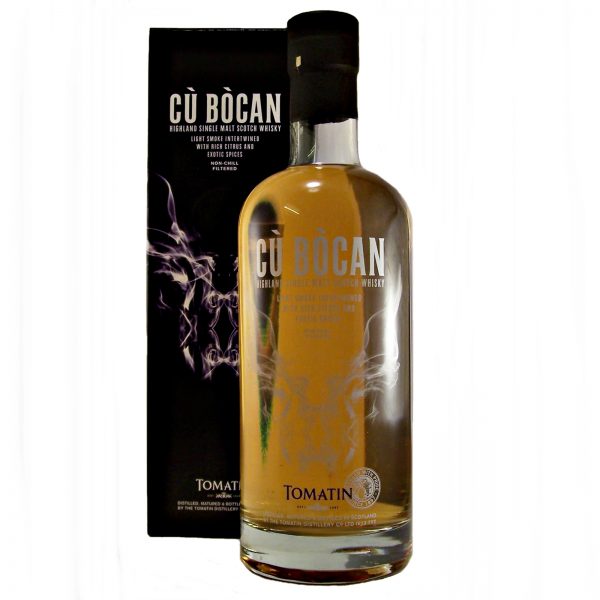 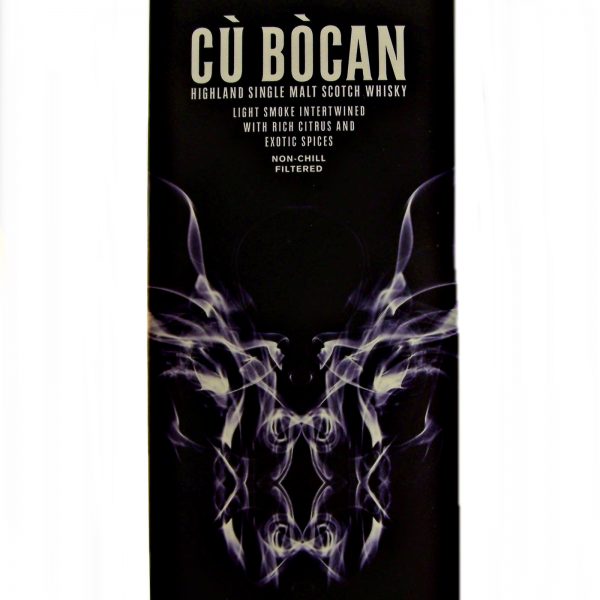 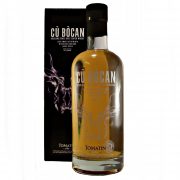 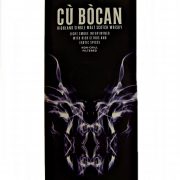 Tomatin Cu Bocan is a lightly smoked single malt whisky from the Tomatin Distillery. Named after the mythical Hell Hound that has stalked the village of Tomatin for centuries.

This lightly peated single malt is matured in a combination of Virgin Oak, Bourbon and Sherry casks.

Nose   : You are initially hit with coconuts and cream with some botanic notes, parsley and coriander.  The smoke emerges after a minute, but only drifting past the nose.  A mesmeric mix of lime, grapefruit and tangerines with rich almond and aniseed.

Finish : Light with a hint of sweet smoke.

In conclusion this whisky is a Gently Peated whisky. Why not see what other drams we have in our whisky by taste section for other styles.