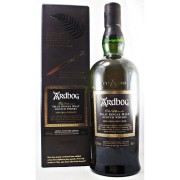 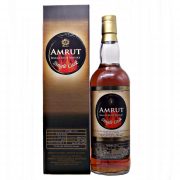 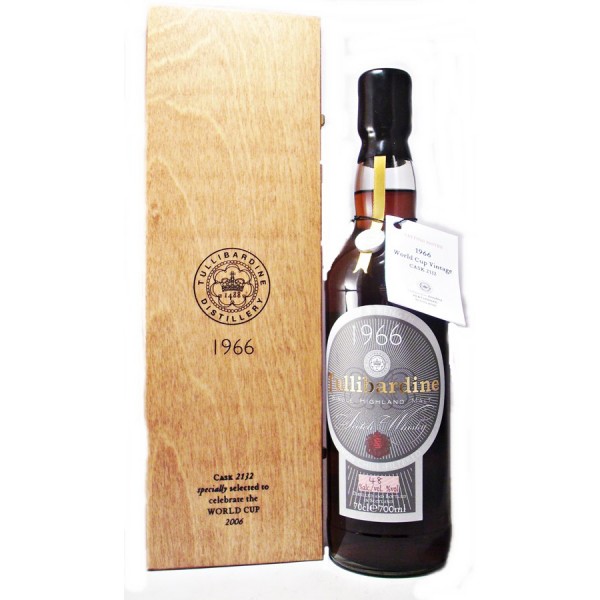 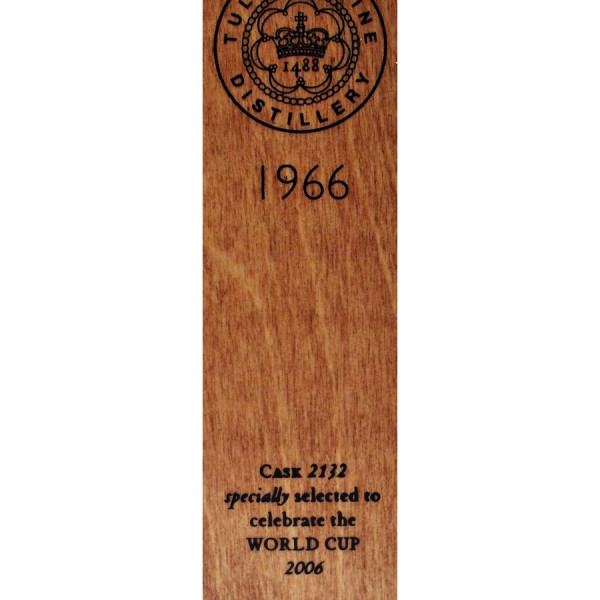 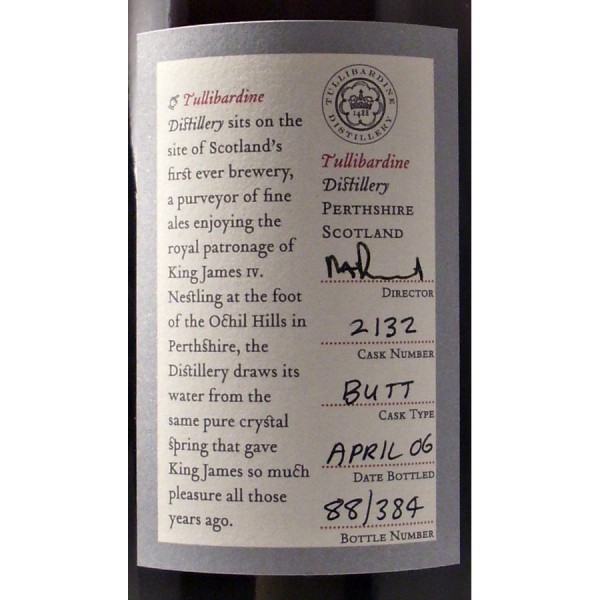 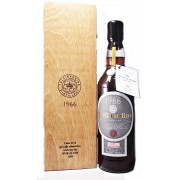 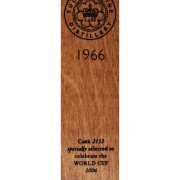 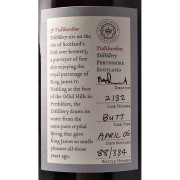 Hand numbered bottle of 384 and signed by the director of Tullibardine.

On The Nose; Big bodied, rich, sherried with some treacle and subtle floral notes.

On the palate; cinnamon,  liquorice, dried fruits, big and round with a delightful long and mellow finish.