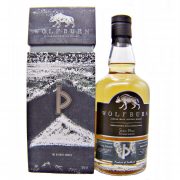 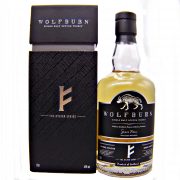 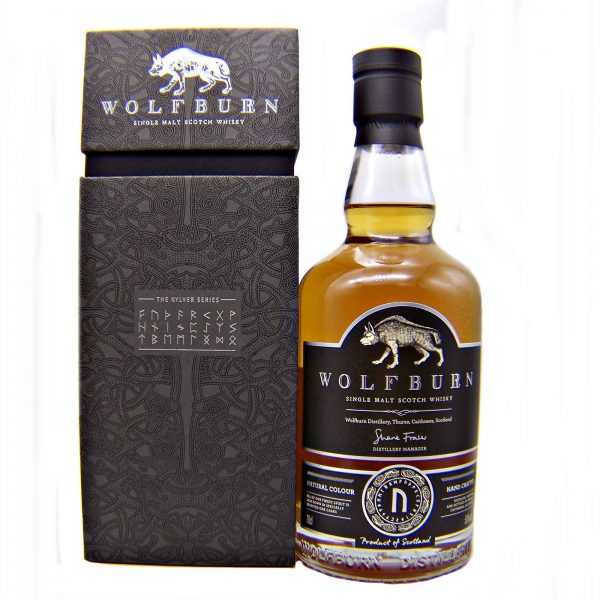 The Kylver Series of Single Malt Whiskies was created to showcase certain cask types or extra special matured whisky. This Wolfburn Kylver Series 2nd Batch is a Limited Edition of 1450 matured in a combination of Ex-Bourbon Casks and second fill Oloroso Casks, aged for three years and released in May 2017.

Inspired by the Kylver Stone, which features some of the earliest examples of Viking runic alphabet. Currently displayed in the Swedish Museum of National Antiquities in Stockholm. The second edition features the rune, aurochs.

The location is close to the old Wolfburn Distillery that closed down during the 1860s.

May 2011 saw the initial work for the new distillery and the following May the land, purchased. Construction  started in August 2012. Forsythes of Rothes chosen for the design and construction of the distilling equipment.

Commissioning completed, the new make spirit  started to flow on the 25th of January 2013.